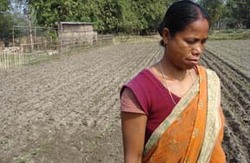 Our conception of land-grabs and global discussions on the phenomenon are a bit too ‘Africanized.’ They are informed too much by contentious, large-scale land deals in Africa and too little by examples from other regions (such as Latin America). This has led to many unfounded assumptions about the nature of land-grab.

For example, we tend to focus mostly on foreign businesses as the perpetrators, while Latin America is rife with examples of regional/ national companies engaging in such deals. Examples from the region also demonstrate the role of multi-use ‘flex-crops’ in drawing up policy-level justifications for such deals.

In this short interview, Dr. Saturnino (Jun) Borras fleshes out 5 such perspectives from which land-grabbing could be viewed afresh. And perhaps understood better.