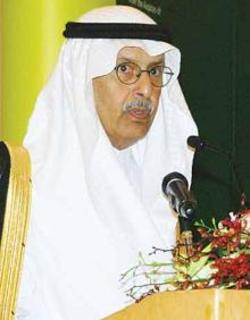 "I never heard of even a single displacement," says Dr Fahd bin Abdulrahman Balghunaim
This is Africa | 8 June 2012

Dr Fahd bin Abdulrahman Balghunaim, minister for agriculture for the Kingdom of Saudi Arabia, speaks to This is Africa about the government's strategy in Africa.

Saudi Arabia's oil keeps the world turning, but the Kingdom is thirsty for water. For years, the government subsidised domestic food production to feed its 25 million population - supporting the production of around 3 million tonnes of wheat per year, along with barley and other crops - but the costs of irrigation are spiralling and the Saudi natural water supply dwindling. The sweltering, sandy expanse of Saudi Arabia does not boast a comparative advantage in agriculture.

The food price spikes of 2007-8 hit the government coffers hard. To quash its impact on welfare, the state increased government salaries, subsidised a basket of basic products including rice and baby milk, and cut import tariffs on 180 basic commodities. But these were shock absorbers. A longer term strategy was also launched, known as the King Abdullah Initiative, which supports Saudi investment in foreign land, especially for the production of rice, wheat, barley, corn, sugar, green fodders, and animal resources.

Dr Fahd bin Abdulrahman Balghunaim, minister for agriculture for the Kingdom of Saudi Arabia, explains: "Food you can import, but water is very different. The government has taken - in my opinion a courageous - decision to give water priority over the food sector. We decided to lower our reliance on locally produced wheat [to be phased out by 2016]. The government said it will phase out buying wheat from local producers and go towards importing wheat from abroad". The government then positioned itself as a facilitator for the Saudi private sector seeking land and agricultural investments overseas, providing funds, credit and logistics, establishing government relations, signing agreements and conducting investigations into water resources, quality of land, availability of labour, facility of FDI and transparency, which it then avails to its domestic companies

The investment is a private sector decision, Dr Balghunaim explains, and the private sector "should study the investment without influence of the government. This is the general concept". The government has also created a state-owned company with capital of $800 million whose objective is to study private sector proposals and, where appropriate, to join capital or sign agreements for off-take to provide buyer guarantees, stimulating investment. The Saudi strategy, as with other oil-rich states, was enabled by the availability of major official reserves.

Saudi investors identified around 30 destination countries worldwide - from Kazakhstan and Turkey to the Philippines and Vietnam. But Africa - a short ride over the Gulf of Aden - is arguably the most attractive. In May 2009, the Saudi King headed a ceremony to receive the first batch of rice grown in Ethiopia, where Saudi investors spent $100 million to grow wheat, barley and rice on land leased to them by the Ethiopian government.

The relationship is not altogether new. The Arab Organisation for Agricultural Development (AOAD) was founded back in 1970, and based in Khartoum, to coordinate agriculture-related activities among Arab states. Geographical and cultural bonds drive the engagement. "Africa is the closest geographical area to Saudi Arabia which has the potential for food production, and if we look at the international directions towards [the impact of] carbon footprints from moving commodities, it will be even better if we can procure all our requirements from Africa to reduce our carbon footprint," he says. "Africa also has the highest potential for increasing food production globally". He believes that, through a combination of improved productivity and the adding of new land, Africa can both reach self-sufficiency and become a "major exporter of food", helping its trade balance.

Yet land investment in Africa is not straightforward - as this month's cover story explores. How are Saudi firm stepping over this difficult terrain? "It varies. Some of them say "fantastic" and some are calling it a total failure, because of the contradicting regulations, the high variance between federal and local government decisions, and not committed regulations - something written but in practice different. We see all these things. But I think this is something normal," he says. "Africa is now going through a transformation process. The vision which African leaders have managed to build of Africa is very nice. But the vision of leadership cannot be attained unless so many transformations are made in the systems of the countries. It will take time".

There are deeper questions about how land investment affects domestic populations. The Oakland Institute, an NGO, issued a critical report on Saudi Star's Gambella investment in Ethiopia in June last year, alleging that the company failed to conduct an environmental impact assessment and that residents reported the threat of force from Ethiopian authorities if they did not resettle. Fears over the loss of ancestral lands, and chronic vulnerability once farmers were reliant on local government for food production, were also issued. When asked whether Saudi land investment is causing dispossession, food insecurity or conflict in Africa, Dr Balghunaim responded in no uncertain terms. "I honestly didn't hear any complaint coming out of Africa. What I read were some articles written by foreign correspondents about things happening in Africa which we did not see happening. Even African leaders didn't see them happening."

When asked if the the reports from civil society organisations or media sources are therefore baseless, he responded in the affirmative. "I never heard of even a single displacement," he responds. "Never, from reliable sources. Reading an article in a newspaper, no matter what newspaper - how reliable, how credible - is different to going and seeing for yourself. If you or any other correspondent will show us a clear displacement or land grab or whatever by Saudi investment, please let us know. I assure you there are none whatsoever". Dr Balghunaim is adamant that Saudi companies operate within the law of the host country, and that their activities are to the benefit of the host country. "That's the only way you can have a sustainable investment. You cannot come for quick fixes, it is not logical and it is not moral. You cannot have sustainable investment if locals are not welcoming it".

Concerns about food security are natural when one considers the remarkable food shortages in countries leasing land for export-production. In Ethiopia, the World Food Programme spends about the same amount of money as the Saudi investors in providing food aid. But Dr Balghunaim sees a collaborative approach rather than a zero sum game. "We think Africa needs investment. This is the basic information we all have to grasp, swallow, digest and believe in. Africa cannot do it alone. It needs partners. We in Saudi Arabia strongly believe we represent a good partner, and that we have the blessing of African leaders and with all humility we are very proud of this trust and we try to keep this trust."