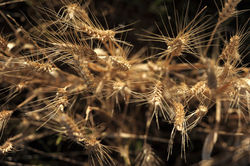 While Hassad plans to expand globally by acquiring agricultural companies -- particularly in north Africa, the Americas, Europe and south-east Asia -- it has been focused on land acquisitions in Australia.
Bloomberg | May 31, 2012

Qatar’s sovereign wealth fund, with an estimated $100 billion in assets, expects to start exports of grains and wool from Australia as it nears completion of a A$500 million ($486 million) farm investment plan.

Hassad Food Co., the agricultural investment arm of the Qatar Investment Authority, is shifting its focus to commercial production from food security and is unlikely to buy new properties when it reaches its purchase goal within a year, said Tom McKeon, chief executive officer of Hassad Australia.

“We’re approaching completion of our business plan; once we get there, our prime focus will be on developing the assets we have,” McKeon said in an telephone interview from Sydney yesterday. “It doesn’t make sense for the Qatari government to concentrate too large an investment on Australia.”

Hassad may invest 500 million euros ($618 million) around the world this year, the company’s Chairman Nasser al-Hajri told Bloomberg News earlier last month. The Australian operation’s most recent purchases include a 40,000 hectare (154 square mile) property in Telopea Downs in Victoria state, and 31,500 hectares of farmland in three locations in Western Australia this year, to boost supplies of sheep, wheat and barley, McKeon said.

Qatar, which imports 90 percent of its food, invested $2 billion last year, Hussain al-Abdulla, a board member at the Qatar Investment Authority, said in April. The company started wheat and animal feed production in Sudan in 2009, and announced plans to buy Turkish farmland last year.

While Hassad plans to expand globally by acquiring agricultural companies -- particularly in north Africa, the Americas, Europe and south-east Asia -- it has been focused on land acquisitions in Australia, McKeon said.

“The way the real estate market is set up in Australia, there’s been no need to buy a company to buy the land,” McKeon said. “Most of the properties we’ve purchased have been from willing sellers, and a lot have been on the market already.”