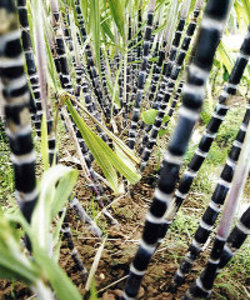 The Markala Sugar project, a proposed private-public partnership between the government and Illovo, was expected to produce 1.5 million tonnes of cane per year.
Reuters | May 28, 2012

JOHANNESBURG (Reuters) - South African group Illovo Sugar has pulled out of a 2.6 billion rand sugar project in Mali, largely due to political risk and also funding difficulties, and will focus on growth opportunities elsewhere in Africa.

"On the African landscape, west Africa has ... increased in risk profile and therefore other regions, such as east Africa and central Africa, would come to the fore once again," managing director Graham Clark told Reuters on Monday.

"We are focusing across the region. Those would be areas where you have the best fundamentals to grow cane and attractive markets," he said.

Mali's Markala Sugar project, a proposed private-public partnership between the government and Illovo, was expected to produce 1.5 million tonnes of cane per year.

Illovo ended its interest in the project after the government failed to finalise funding and complete undertakings with regard to infrastructure development, Clark said, adding security risk was also a concern after a coup.

Clark said the European Union market, which allows for duty and quota-free exports for producers in developing countries, remained significant for the company. "Europe will stay a much higher priority for us compared to the world market, which tends to be pretty volatile."

Illovo's sugar exports into Europe topped 400,000 tonnes in the year to end-March, and Clark said he expected a slight increase in 2012/13.

The company said diluted headline earnings per share for 2011/12 the year to the end of March rose 18 percent to 132.5 cents. Headline earnings are the main profit gauge in South Africa and exclude certain one-off and non trading items.

Sugar production fell 7 percent to 1.526 million tonnes due to the impact of a second year of drought.

Also on Monday, Illovo rival Tongaat Hulett reported an 11 percent rise in full-year earnings, boosted by an increase in sugar output and prices.