Interdiction to sell farmland to foreigners difficult to achieve 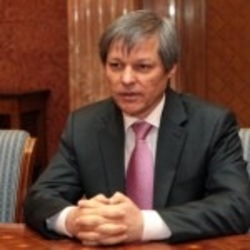 The extension of the interdiction to sell agricultural land to foreigners after 2014 is a request that cannot be granted, says the Minister of European Affairs, Leonard Orban.

The extension of the interdiction to sell agricultural land to foreigners after 2014 is a request that cannot be granted, the Minister of European Affairs, Leonard Orban, said during the conference on the Common Agricultural Policy conference in Bucharest yesterday, according to capital.ro.

‘Romania has no such provision in its accession treaty and the only way to introduce the extension would be to amend the treaty. This is a process that may take 2 to 3 years and it will only happen if the European institutions and all the member states agree. I believe this is a request that cannot be granted’, Orban said.

He emphasized that the states that had obtained the extension and that had joined the EU in 2004 had a relevant clause for another three years included in their respective treaties of accession.

On the other hand, the Commissioner stressed that he would support such a request from Romania within the European Council. Attending the event, Daniel Daianu, state counsellor within the Prime Minister’s Staff, in turn said the extension of the interdiction to sell farmland to foreigners after 2014 was a subject that should be dealt with pragmatically rather than in a nationalistic way. He voiced his position in favour of extending the ban.

Not last, the new Agriculture Minister, Daniel Constantin, has recently stated that he had started an evaluation of the impact of the liberalisation of the land market in 2014, when foreign natural persons are set to be also allowed to buy land in Romania. Ciolos also specified, after a meeting with Agriculture Minister, that Romania is not likely this year to lose European funds on rural development by not using them, economica.rtv.net informs.Currently, foreign natural persons may not buy farmland until 2013, unless they are companies with foreign shareholders which are treated as Romanian legal persons.

At the time being about 8 per cent of Romania’s arable land is being used by foreign citizens who have either bought it under the current law or have taken concessions respecting the two conditions laid down by the Civil Code. According to MADR data, the arable land held by foreigners in Romania was over 700,000 hectares at the end of 2011, representing 8.5 per cent of the total arable area of the country. The standing of Romanian land buyers in Romania includes Italy with 24.29 per cent, Germany with 15.48 per cent and Arab states with 9.98 per cent.

The European Agriculture and Rural Development Commissioner also said Romania needed an integrative philosophy per sector and production structure in order to use the opportunities offered by the New Common Agricultural Policy. He noted that he would recommend a strategy to encourage Romanian farms to invest in innovation and modernisation.

In Ciolos’ view, the situation of small farms should be treated specifically, with an orientation to goods that have a higher added value on the market – traditional and ecological ones.

A financial institution with the objective of financing farming projects could be necessary to the sector, Daniel Daianu also said.

At the same time, according to Ciolos, Romania is one of the few member states that benefit from a rise of budget allocations within the Common Agricultural Policy, at least for the direct payment schemes, with a plus of EUR 3 bn for the next budget period 2014-2020. He said the European Commission has asked in the legislative proposals on the Common Agricultural Policy, each Member State to have a single paying agency in agriculture, from 2014.

In the opinion of the European commissioner, the growth is achieved through a renegotiation of direct payments, limited by the budget capabilities as well as political context and possibilities.