Farmland investments in Africa - Can they be both ethical and profitable? 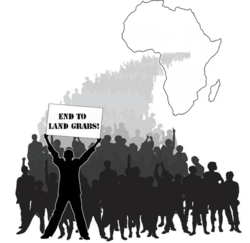 As global stock markets fluctuate wildly, individual investors, private equity funds and other large institutions are increasingly looking to alternative investments to provide balance and stability to their portfolios.

As we discussed in a previous article on Technorati, given the rapid run-up in agricultural commodities and food prices recently, farmland investments are becoming an increasingly attractive asset class.  For both institutional and individual investors with long time horizons, agricultural land is an ideal method for diversifying beyond a portfolio of purely stocks and bonds, whilst also providing a steady stream of good dividend income and offering excellent upside potential for capital gains due to the ongoing agricultural "super cycle" as coined by noted farmland and commodities investor Jim Rogers.

In the UK for example, over the last ten years, agricultural land has appreciated roughly 13 per cent per year in the according to Investment Property Databank (IPD).  The US and other Western countries have seen similar farmland investment returns. Farmland prices have therefore skyrocketed, reaching as high as £17,300 (approximately $30,000) per hectare in the northwest of England to take just one example.

As a result, investors are increasingly turning their interest in agricultural land investing to areas of the world where farmland prices are starting from a much lower base, thereby providing much greater upside potential.  One area where this has been particularly prevalent is Africa, where hedge funds and other large institutions have been making large agricultural farmland investments.   Hedge funds and private equity funds alone have purchased 148 million acres of farmland in just the last three years.  Just to take one example, the UK’s well known Guardian newspaper just outlined how major a full 5pc of African agricultural land had been purchased or leased by outside investors, and that more than 200m hectares (495m acres) of land – roughly eight times the size of the UK – were sold or leased between 2000 and 2010.

Given the long history of colonial exploitation in Africa, there has been increasing resistance to what is perceived by many western Non-Governmental Organisations as well as Africans as a “foreign land grab.” Whilst some of these feelings may be based on old stereotypes rather than current conditions, there is no question that some abuses have occurred.  Just to take one example, farmlandgrab.org just published an article arguing that a US firm was running roughshod over the local population in Cameroon with one of its agriculture investment.

It is undoubtedly true is that frequently large institutional investors make deals directly with the central governments of African countries.  Given the amount of corruption and generally poor governance that still exists in Africa, the investment capital frequently disappear into the pockets of corrupt local officials whilst local farmers are forcibly removed from their homes and lands.

By the same token, it is far from true that all foreign investments in African farmland are predatory and exploitive.  Global consultancy McKinsey recently produced a report on the future of Africa which noted that the continent had over 25 per cent of the globe’s arable land yet produced only ten per cent of agricultural output.  McKinsey argued that up to $50bn/year of African agricultural farmland investment would be needed to bring the sector up to global standards and allow African agriculture to maximize its potential output.

1. The investment was directed at completely unused land, and none of the local population has been removed from any of the land since it was not in use as a food source;

2. The farmland investment was negotiated directly with local villagers and tribal chiefs, so there was no chance for corruption at senior government levels;

3. Farmland investments in developing countries should not simply be premised on food security concerns by the foreign investors, who may want to simply ship the entire crop production back to their home countries;

4. The workforce should as much as possible be local hires who should be paid a fair wage well above the minimum for that country; and

5. Finally, foreign investors in African farmland should also have at least some kind of community re- investment programme in the host country.

Whilst these principles will not solve every concern of local African NGOs, they are at least a starting point for considering examining whether a farmland investment is structured as a win-win for both the investor and the local population, or if the investor is behaving in an inherently exploitative manner.  One other interesting factor is that when farmland investment projects are structured such that retail investors can participate, we have seen that these types of individual investors demand that any project they are involved with be both ethical and profitable.