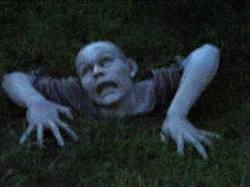 How durable is a bad news report? How many lives does a zombie have?

How often are we going to find hugely expensive efforts to collect and "verify" land grab "data" that include verification methodologies where one NGO collection of news media stories serves to validate the cases collected by another NGO?

Last week, the new Land Matrix "land grab" database was released at a big World Bank conference on land. The Land Matrix project is "an international partnership involving five major European research centres and 40 civil society and research groups from around the world." On paper, they have a strong methodology and very strict criteria about projects that are to be included. But in practice, they seem to violate their own rules routinely, at least when it comes to Chinese "projects" in Africa.

A colleague who attended the launch told me that "China" was named as the biggest "land grabber" worldwide. He knows my work on this, so he raised an eyebrow, and so did I when he told me. (Were any other eyebrows raised? I don't know.)

I understand there is a lot of Chinese land investment in Asia, especially in Cambodia and Laos. I don't know the Asia cases, but when the database was made public, I checked the China-Africa cases in the online database, which supposedly only lists the cases that have passed their "robust" fact-checking process (which apparently involves checking to see if another NGO has published a link to a media report on an alleged case).  I was interested to see which "Zombie Chinese projects" (i.e. dead projects, or projects that in fact never had any life to them at all!) are in their database as confirmed. Here is a sample:

(1) ZTE oil palm project 2.8 million hectares in DRC The project was discussed but never finalized, land was never allocated, the project -- which was almost certainly never this large -- has been dead in the water for years.

(2) ABSA Biofuels 30,200 ha in Ethiopia. Huh? This proposed joint venture is not "Chinese" but South African-Chinese-Ethiopian, and was listed in an Ethiopian database in 2008 as in the "pre-implementation" phase. It has never been implemented.

(3) Malibya 100,000 irrigated rice project in Mali. This is identified as Chinese/Libyan investors. In fact, it is only Libyan. They hired a Chinese contractor to develop the irrigation. It is not a Chinese investment.

(5) Zimbabawe 101,170 ha irrigated maize project. I've written about this countless times. It was a construction contract given to a Chinese company by the Zimbabwe government, not a Chinese investment. They were not paid. They went home. The land never ended up being developed. This all happened almost ten years ago, in 2003 for Pete's sake!

So, another pretty awful collection of so-called "data", with strong media attention that will give yet another round of life to these Zombie Stories. For more from me on this topic, search this blog under "Land Grab".