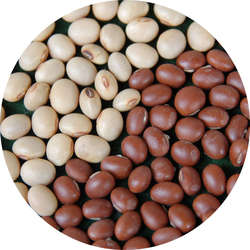 In a landmark transaction announced last week, Zeder Investments Limited, the JSE-listed agricultural investment company managed and 40% owned by SA investment firm, PSG, is committing US$46.7-million to acquire and expand an agricultural business that will be known as Chayton Africa.

The deal, which is the first for Zeder in the rest of Africa, secures long-term funding in a creative structure that transforms Chayton Atlas Agricultural Company (the "Fund") - currently a private equity vehicle, into an agricultural operating company led by the existing Chayton Africa management team.

"Because agriculture is a long-term investment that requires a certain degree of patience, the Fund faced challenges in operating within a private equity investor's typical five-year investment cycle, and meet return expectations within that timeframe. Raising financing in the past two years has been difficult," says Neil Crowder, managing director of Chayton Africa.

The investment by Zeder is viewed as a positive sign: an African investor reinforcing its faith in Africa as a viable investment destination and dispelling myths historically associated with the continent.

Chayton Africa, which is focused on primary production, made its first investment in Zambia in 2010. To date, it has acquired six farms totalling just over 4,000 hectares with 1,250 hectares being farmed, and 430 hectares under irrigation. Chayton produces 10% of Zambia's soya and 5% of the country's wheat. Over the next 12 months, production will increase to at least 35% and 15% respectively. The firm has ambitious expansion plans for its Zambian operations, and intends to embark on a carefully constructed acquisition and irrigation development plan.

Chayton's capable management and the Investment Promotion and Protection Agreement ("IPPA") negotiated with Zambia's government in 2009 are among the factors that attracted Zeder Investments to the firm. The IPPA provides various investment and tax incentives to Chayton's Zambian holding company during its formative years. The firm acquired US$50-million insurance coverage from the Multilateral Investment Guarantee Agency - a first for any agricultural project in Africa - for its projects in Zambia.

"We believe that agricultural trade in Africa will play a larger role in securing the food needs of developing countries, and that foreign direct investment will begin to fill key infrastructure gaps. Chayton's strategy is to fill critical gaps in the supply chain by accessing markets across the region and unlocking the value achievable across the agricultural supply chain," says Crowder.

In developing countries, as much as 40% of food loss occurs at post-harvest and processing levels, with these losses most often due to poor infrastructure, low levels of technology and low investment in food production systems.