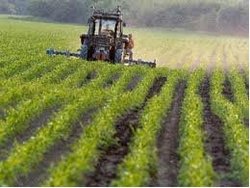 Romania's Minister of Agriculture and Rural Development and his Bulgarian counterpart will begin a joint initiative to delay the liberalization of their agricultural land markets, Agerpres reports.

The initiative will seek to modify the pair's accession treaties to the EU, which saw Sofia and Bucharest vow to open up their farm land markets as of December 31, 2013. However, the countries say that they now believe their farmers are not yet ready to compete on a free land market with foreign investors, said Stelian Fuia, Romania's Agriculture Minister, according to BTA news agency.

The pair said on March 29, after a meeting in Bulgaria, that they will ask the commission to delay the liberalisation of the farmland market. The officials also agreed to harmonise their opinions on the European Commission's proposal for the 2014-2020 Common Agricultural Policy and the 2014-2020 fisheries policy.