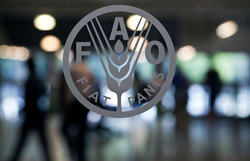 (Originally published by the Financial Times)

The UN has proposed that countries set limits on the size of agriculture land sales to regulate the growing trend of so-called farmland grabs.

The new voluntary guidelines won the consensus of nearly 100 countries this month after three years of negotiations and are now set to be ratified in May at a special session in Rome of the UN’s Food and Agriculture Organisation.

The guidelines, which officials say are largely pro-business, nonetheless state that countries should “provide safeguards” to protect tenure rights.

“Such safeguards could include introducing ceilings on permissible land transactions and regulation over how transfers exceeding a certain scale should be approved, such as by parliamentary approval.”

The FAO said earlier this month that the ‘Voluntary Guidelines on the Responsible Governance of Tenure of Land’ had won the consensus of countries, nongovernmental groups and farmers, but did not release the content of the guidelines.

The voluntary code is the first attempt to regulate investment in farmland deals, which often involve rich countries such as Saudi Arabia and South Korea investing in overseas farming in Africa and Latin America to boost their own food security.

The trend gained prominence after an attempt by South Korea’s Daewoo Logistics in 2008 to secure a large chunk of agricultural land in Madagascar contributed to the collapse of the African country’s government.

Critics, including prominent international non-governmental organisations like Oxfam believe the deals are a form of neo-colonialism. But supporters argue that investment in farmland could contribute to economic growth in the host countries and improve global food security.

Farmland has become a hotspot not only for countries, agricultural groups and commodities trading houses, but also for institutional investors. For example, US pension fund TIAA-Cref has about $2bn invested in farmland worldwide.

The World Bank last year urged voluntary regulation of farmland investments, painting a poor picture of some of the deals already signed. In a report, the bank said that “land acquisition often deprived local people, in particular the vulnerable”.

“In some cases, investors who were unable to turn a profit due to unrealistic plans then started to encroach . . . [on] land that had explicitly been set aside for use by local people, causing environmental damage and threatening local food security,” the banks said.

The FAO plans to submit the voluntary guidelines document for ratification in mid-May, but officials say that they are not expecting any changes from the document already agreed. The voluntary guidelines, under discussion since 2009 at different levels, largely support farmland deals, saying that states should “promote and support responsible investments in land, fisheries and forest”.

Brazil, a large recipient of investment in agricultural land, has lobbied strongly for a pro-business document, officials said.

When Daewoo Logistics attempted to buy land in Madagascar, it signed a 99-year lease for 1.3m hectares – an area half the size of Belgium. The World Bank has documented deals in South Sudan and Ethiopia totalling 3.9m and 1.2m respectively between 2004 and 2009.