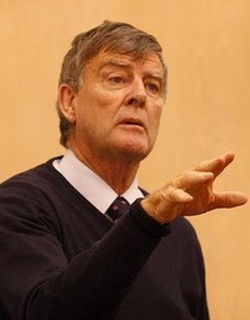 THE Liberal senator Bill Heffernan has described as ''bullshit'' his party's proposed policy for more scrutiny of overseas companies buying into Australian agriculture because it ignored the real threat posed by foreign government-owned funds buying up farmland.

The Coalition is preparing to release a ''discussion paper'' to manage its internal divisions on the issue, including a lower financial threshold to trigger investigation by the Foreign Investment Review Board, but Senator Heffernan said this was more about ''political cover'' than the main problem.

Senator Heffernan said his Senate committee inquiry into the FIRB national interest test had heard startling evidence about the potential for foreign government-backed sovereign wealth funds to buy Australian farms with the aim of shipping production back to their country, bypassing the market and Australian tax laws in the process.

''We should welcome foreign corporate investment, but we need to change our laws so we can identify and regulate sovereign or government-backed investments,'' he said.

Mr Abbott cut short a discussion of the policy during yesterday's joint party meeting - which he said he wanted to keep ''boring'' - after Nationals senator Fiona Nash expressed concerns and Senator Heffernan told his colleagues the internal debate over the threshold was ''bullshit'' because what was needed was updated laws to deal with foreign government-backed funds.

But many other Liberals, opposed to any new foreign investment restrictions which they see as agricultural protectionism, are furious the Nationals are being allowed to publicly ''freelance'' on the issue.
An internal committee has been unable to bridge the differences and is finalising a ''discussion paper'' to be sent to Mr Abbott and the shadow treasurer, Joe Hockey, for release within weeks.

The paper will propose a register of foreign-owned land, options to reduce the financial trigger for FIRB scrutiny from $224 million, and the need to assess cumulative acquisitions and purchases by front companies. But it will not propose specific changes to the national interest test the board uses in deciding whether to approve a transaction.

The tensions over foreign investment policy come as the Coalition also faces divisions over a government bill banning the use and import of illegally logged timber, which it believes could breach Australia's international trade obligations.

Coalition policy backed the import ban at the last election, but some backbenchers believe it is ''green protectionism'' because it proposes trade restrictions without the backing of an international agreement or treaty.

Mr Abbott wrote to Julia Gillard on Monday proposing an additional year's delay before the full force of the law was given effect.

The Coalition will refer the bill to both a parliamentary and internal committee before deciding whether amendments can make it ''recoverable.''

The decision was welcomed by the Victorian Liberal backbencher Dan Tehan, who said the Liberal Party needed to be careful ''to protect our trade policy from the agenda of (Greens leader) Bob Brown.''

He also cited the latest Chinese five-year blueprint for agriculture, which included more government support for agricultural investments offshore.
The Nationals leader, Warren Truss, has advocated lowering the threshold for review board scrutiny from $244 million to $20 million. Mr Abbott said recently he was ''looking at a very significant reduction in the threshold''.