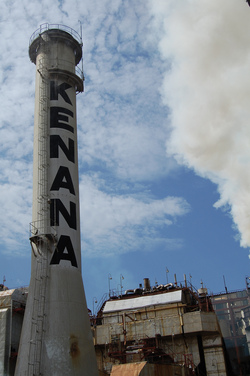 Kenana's Redais Sugar Project is 51% owned by China's COMPLANT. For the project, the joint venture acquired 60,000 ha on the west bank of the White Nile river.

Kenana, Sudan's biggest sugar company, is planning to raise $200 million listing a quarter of its shares in Hong Kong in December, to finance new projects.

Kenana wants to more than double output to over 1 million tonnes annually and establish itself as a major exporter, managing director Mohamed El Mardi told Reuters in an interview.

Sudan, one of Africa's largest sugar producers after Egypt and South Africa, imports more of the sweetener than it exports because of strong local demand. Officials hope new factories and other improvements will reverse that by 2014.

Rising sugar exports would also help the country make up for losing three quarters of its oil output when South Sudan seceded last year, fuelling a foreign currency shortage in the north. Oil used to account for about 90 percent of Sudan's exports.

“We are targeting to finance all our new Kenana projects, and we are expecting to raise around $200 million.”

Mardi said the company had consulted the exchange about any impact of US trade sanctions, in place since 1997, and did not expect them to affect the listing.

Set up in the 1970s with the Lonrho conglomerate, which entrepreneur Roland Rowland led at the time, Kenana is now owned mostly by Kuwait, Saudi Arabia and Sudan.

The firm, which has expanded into fields including ethanol, animal feed, equipment manufacturing, forestry and farming, has $600 million annual revenue and aims to raise that to $1 billion by 2014, Mardi said.

Kenana is also in talks with South African group Illovo about taking a stake, Mardi said.

“At the moment we are discussing with them (Illovo) how to accommodate them in the equity. We are more receptive to include them because of the business relationship ties between Kenana and Illovo ... (and) because Illovo is also the biggest sugar company in South Africa.”

For the past few years, Kenana has sold all but a fraction of its sugar in Sudan to help meet demand of about 1 million tonnes a year and maintain a 200,000-tonne strategic reserve, Mardi said.

The launch in April of the White Nile Sugar Co, in which Kenana holds the largest stake, should help supply the local market and allow Kenana to step up exports by 2014 - a boon because of the gap between the domestic and international prices, Mardi said.

Sudan's sugar producers sell to wholesalers and retailers at a price the government has fixed at the same rate for the past six years, he said.

“By next year the White Nile sugar project will be producing around 250,000 tonnes,” Mardi said.

“We expect with the commissioning of the White Nile ... Sudan will restore self-sufficiency with a rapid increase in the production of the existing sugar industry. Kenana exports will increase rapidly during the coming years.”