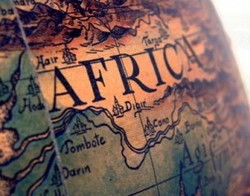 PKA has committed DKK250m to the African Silverland Fund, which will invest in agriculture in several countries on the continent for the benefit of PKA's members
Investments and Pensions Europe | 2 March 2012

GLOBAL – PKA has defended its investments in African agricultural land, denying they are ethically dubious or constitute "land grabbing".

The company, which manages DKK160bn (€21.5bn) of assets for five Danish pension funds, made the statement in reaction to recent criticism of its investments in African farming.

"Land grabbing and land speculation without doubt takes place in Africa, as well as in other regions," it said.

"PKA strongly disassociates itself from this. It simply has nothing to do with PKA's agricultural investments."

The pension fund referred specifically to a report in the newspaper Kristeligt Dagblad, which it said accused Danish pension funds of investing billions in African land, which would destroy local food production.

In its recent report, the paper cited academics from Roskilde University and the Institute of Food and Resource Economics at the University of Copenhagen.

One said there was no evidence the investments had a positive effect, while the other said pension funds investing in this way were entering an ethical grey-zone because of the lack of knowledge about the area.

PKA said it had earmarked DKK1.3bn for investments in farming.

It said it had committed DKK250m of this total to the African Silverland Fund, which will invest in agriculture in several countries on the continent.

"This will be in existing commercial agricultural land, which PKA and the fund will optimise for the benefit of PKA's members," it said.

"At the same time, we will also work to create positive development in local areas by supporting the smaller landowners nearby in selling their crops at better prices, as well as teaching them how they can improve their yields by, for example, sowing and harvesting at the right times."

PKA also said it had signed the UN-backed Principles for Responsible Investment in Farmland, under which it has obliged itself to invest responsibly as well as promote the initiative within farming investment.

"Of course PKA invests in farming because we expect it to give a good return for our members' pensions," the company said.

"But we expect – with this type of investment as well – to be able to make a positive difference."