Latin America: The fat of the land 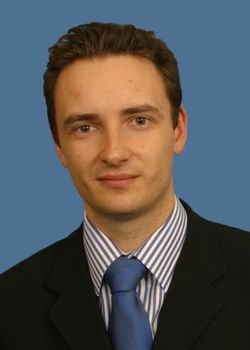 Latin America: The fat of the land

Latin American farmland is increasingly a target for risk-tolerant institutional investors who want to take advantage of rising commodity and land prices. But it is a complex investment proposition that requires specialist agricultural and local knowledge.

Demand for food is increasing with a growing global population, and particularly a growing middle class, but the supply response has been constrained thanks in part to long-term under-investment. “The last investment spurt was in the 1960s and 1970s,” notes Reza Vishkai, head of global farmland and specialist investment at the Insight Global Farmland fund. “A lot is changing in terms of water availability and soil degradation resulting from intensification of farming.”

Latin America – where the Insight fund has around one-third of its investment – is one promising market for farmland and agribusiness investors. Land is plentiful and cheap, soil is rich, climate favorable, and water available. Investment here is considered less controversial and more secure than in Africa, another emerging agricultural market, in part because of more favourable government policies.

Investors are not tied to investing in the land itself, points out James Govan, who co-manages the Baring Global Agriculture fund with Jonathan Blake. That fund invests in all parts of the value chain. “In terms of agribusiness, it is possible to benefit from the price of soft commodities – the higher the price of crops, the greater the incentive to apply optimum levels of fertiliser, and the greater the farmer’s ability to purchase machinery like tractors or combine harvesters,” he says.

Barings invests only in quoted equities, but over a broad range. Holdings include farmland companies such as Adeco Agro and SLC Agricola, but also Brasil Foods, a major producer of chicken and processed foods for domestic and export markets, as well as fertiliser producers and agricultural machinery companies that supply South American farmers.

Currently, farmland in Chile is about 30-35% the price of land in New Zealand, which has similar climatic and environmental conditions but is better-developed. Successful farmland investors will look for opportunities to add value, which rules out the US and Western Europe where land is producing near its potential, Vishkai argues. Overall return expectations from South American land are 18–20%, if not higher. 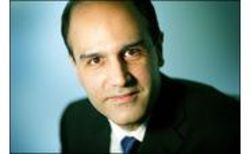 Reza Vishkai, head of global farmland and specialist investment at the Insight Global Farmland fund
Vishkai sees significant opportunities for converting cerrado lands, which account for more than 20% of the Brazil’s territory, into arable lands. The cerrado is a moist savannah landscape that was relatively sparsely inhabited until this century, when infrastructure development opened it to new settlers and agribusiness. “In this region, we can take land that was not suitable for production and develop methodologies to take advantage of that,” says Vishkai. But he notes that this is where the skill lies – and there is limited crossover between farming and finance. “We’ve brought a team of experienced farmers in-house because of that.”

Brazil is a key target market for farmland investors. The country accounts for around 25% of the global sugar market, for example, and is the second-largest producer of ethanol (which satisfies 15% of the country’s energy needs and makes up a large proportion of US ethanol imports). It is also a major grain producer, cropping twice a year thanks to a favorable climate and soil profile, and one of the largest livestock producers – both positive attributes at a time when a growing middle class is generating a stronger market for meat.

The government has very supportive agricultural policies (but minimal subsidies), and there is still new land that can be brought into production. However, it is important to note that regulations are changing. It is possible that protectionist policies will be implemented, notes Vishkai. Since last year, there has been huge uncertainty about whether and how foreigners can purchase land in Brazil: it is possible that local partners will be required to be majority investors in new enterprises.

However, Vishkai says that working with local operators is a key part of many strategies in any case: “Farming is a very local activity. It is very visual, you have to be there. We have indentified local operators that we use for execution purposes.”

One of the largest investors in Brazilian farmland is US investment manager TIAA-CREF. It has a joint venture with Cosan, a leading grower and processor of sugar cane and ethanol, called Radar, to acquire agricultural land in the country. Radar enters into strategic partnerships with local operators and aims to form long-term and mutually beneficial relationships. Jose Minaya, managing director, natural resources and infrastructure investments at TIAA-CREF, maintains that the firm takes a 20-30 year view when making farmland acquisitions. “With an investor like TIAA-CREF, with long-term responsibility goals, you’re going to attract the capital and resources that will improve the properties and region—farmers start copying sustainability practices, and other companies are then attracted to the region,” Minaya has said.

Few other Latin American markets are as compelling as Brazil’s. Argentina is a major exporter of corn and soybeans – ranking third in production of soybeans, first in soybean meal and fifth in corn – but its agricultural sector is operating close to capacity, and the government imposes taxes and tariffs, particularly on foreign investors.

That said, Chinese companies have begun making significant investments in Argentinean farmland. The Beidahuang Land Cultivation Group has targeted Latin America in its land purchase programmes this year, entering into a deal in Patagonia where it will invest more than $1.5bn to develop arable land to grow crops, especially soybeans, for export back to China. The Chinese firm will develop the power plants needed for an irrigation programme to open new land for cultivation.

Indeed, Brazilian investors are looking beyond their own borders for opportunities: the government is sponsoring infrastructure development in Guyana, for example, that will open cerrado-type lands, particularly to grow rice to export back to Brazil.