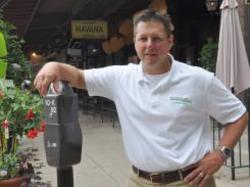 PHOENIX (DTN) -- Pension funds and other corporate owners have spent only a tiny fraction of the billions of dollars they could invest in farmland, but they are definitely kicking the tires on potential purchases.

-- Farm manager George Baird of Collierville, Tenn., has squired so many investor groups in rented black Suburbans around the Mississippi Delta this year, he feels like an agricultural tour guide. Only 15% of the prospective buyers have actually inked deals, Baird estimated, but he expects that scenario to change as Wall Street becomes comfortable with the Delta's economics.

-- Already Omaha-based Farmers National Company has handled sales to four different investment groups in the mid-South, as well as states like Nebraska, Illinois and Indiana, said Jerry Warner, Farmers National's chief management officer. One prospect -- a life and casualty insurance company -- is exploring spending 5% of its $100 billion portfolio on farmland, he added. "They have 80% or 90% of their portfolio in bonds now, not earning very much. What they really worry about is what happens when inflation goes back up."

-- A private equity partner sunk $25 million into Brazil Iowa's South American farming operations a year ago, said David Kruse, president of the firm. That's helped finance the building of 500 million bushels of grain storage the farm needed as it shifts more acres from cotton to corn in 2012. Currently, Brazil Iowa, founded by more than 300 U.S. and Canadian farmers less than a decade ago, operates 23,000 acres north of Brasilia in central Brazil. Property they bought for $800/acre in 2005 could sell for $5,000 today, Kruse estimated. Returns on that scale prompted their new partner's interest in more direct land purchases, depending on how the country finalizes a law on foreign land ownership.

"Embarrassment" is how Jerry Davis, chairman of the board of trustees for the $350-million New Orleans Employees Retirement Fund, describes his fund's 30% loss that year, the first for a fund that had averaged 9% annual gains during his 25-year tenure. If they don't average 7 3/4% annually, pensions won't get paid.

"It was the biggest disaster in the history of the fund. Everything lost money," he said. The debacle forced pension managers like New Orleans to cut their exposure to stocks from 65% to 35%, and to shift more money into alternative investments like real estate and commodities. Davis favors farmland ownership for its stable returns and low risks compared to equities or even bonds.

"Commodity funds did well in 2008, but otherwise they just seem to limp along," Davis said.

Veteran investor Jim McCandless, head of global real estate and farmland investing for UBS Agrivest, oversees a $1 billion U.S. farmland portfolio that first launched in 1991. It aims for a portfolio that's 60% invested in commodity crops, 20% in row crops like vegetables and 20% in permanent orchards and vineyards. At the moment, overheated Midwest land markets make it harder for investors to project the kind of returns they need to attract outside money, McCandless said. In fact, rational buyers like UBS may decide it's time to sell some parcels or sit on the sidelines on new acquisitions until farmland cools a bit.

"We look at four or five properties before we buy one. We're patient, deliberate and we have a great deal of discipline," he said.

Howard Halderman, president of Halderman Farm Management and Halderman Real Estate Services in Wabash, Ind., oversees farmland assets for individuals and institutional investors in 21 states and consults on more than 600,000 acres in South America. Farmland returns of 20% or 30% throughout much of the Corn Belt this year mean professional fund managers must hunt harder to make deals work, he said.

"They won't pay more than $10,000/acre now, but there still are opportunities for below-market buys," he said. For example, in one recent transaction, a farmer was willing to discount the sale-leaseback of a property he owned to a professional investor so he could use the cash to buy a parcel closer to home. "It freed up cash for the operator, but he didn't lose the opportunity to farm the land," Halderman said.

This new pool of buyers is probably a good thing for farmland values, said Jeff Berg, president of the American Society of Farm Managers and Rural Appraisers. For one thing, it means there are plenty of buyers on the sidelines waiting to come in should land prices dip temporarily. But the big unknown is how investors will react if corn goes to $3 instead of $7, and rents to $150 down from $400, Berg said.

"Farmers can batten down the hatches, cut their spending and get by in hard times," Berg said. "If investors have paid $8,000 to $10,000 an acre for land that's not earning a decent return, how long will they hang in there before they move to greener pastures?"

Marcia Zarley Taylor can be reached at [email protected]

Join Executive Editor Marcia Zarley Taylor, of DTN, and other guest speakers for a discussion of institutional farm land investment in the United States and in South America. Panelists will address the barriers and opportunities for pension funds and other institutional ownership of farmland in the U.S., and provide details on new foreign land ownership regulations in Brazil. Howard Halderman, President of Halderman Farm Management, is a guest on the webinar.