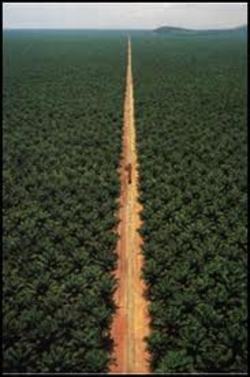 KS Oils recently acquired 56,000 ha of land for palm oil production in Indonesia. Investors like New Silk Route, Baring Asia and C. Sivasankaran hold over a 25% stake in the company.

The $145-billion Glencore wants to own assets in the country's agricultural commodities sector after its record initial public offering (IPO) in London earlier this year. The promoters of KS Oils have asked investment bankers to fetch a strategic buyer after their pledged shares were sold and the company's share price tanked last month. The development comes at a time when US agri commodities giants Archer Daniels Midland (ADM) and Cargill have ramped up presence in the local edible oil market through a slew of acquisitions. The food processing biggies have scaled up the edible oil play with protein and meat consumption globally. Improving food consumption in China and India too perked up interest in staple commodities with MNCs wanting to own asserts for better control over sourcing.

Glencore, which raised $10 billion in the largest ever London IPO, is studying a potential share purchase deal in KS Oils, said a senior Glencore executive. "We have been approached by bankers and are evaluating it. But we are still to react to the proposal officially," he added, when contacted. A Glencore International spokesperson said the company would not comment on speculation as a matter of policy. A KS Oils official said this was market speculation and declined to comment.

The debt laden KS Oils, in which Citigroup Venture Capital International and New Silk Route Private Equity are investors, saw its share price plunge almost 80% and several senior executives quit in recent months. The promoters, who are seen holding about 31% stake, had pledged shares to raise funds for scaling up trading in mustard seeds in which KS Oils is the largest player in India.

India's annual edible oil consumption is estimated at 15 million tons-valued at Rs 75,000 crore-and growing at 5 to 7%. The branded segment accounts for just under 20% of the overall consumption but growing robust double digits. The domestic per capita consumption is estimated at 13 kg which is much below China's 23 kg. Soyabean and palm oil takes a large share of the domestic edible oil consumption even though mustard oil has gained traction in recent past. Mining and commodities conglomerate Glencore has almost 10% share of the world's tradeable grain market and over 3% share of the oil market. Its interests in the tradeable metals are significant with 60% share of zinc and about 50% of the copper markets.