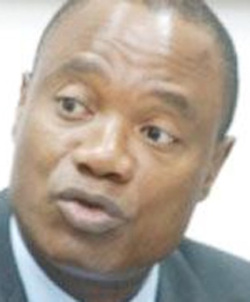 Brazil has been successfully growing crops on its center-west plains since a breakthrough in tropical soybeans in the 1980s unlocked the productive potential of the expansive region by breeding soy to grow closer to equatorial regions.

While Mozambique possesses similar climatic and soil characteristics, Amapa President Carlos Ernesto Augustin told Reuters that some areas in the country on the southeast coast of Africa even had more fertile soils than Brazil.

"The price of the land there is too good to ignore," said Augustin, who added that the risks inherent in buying Brazilian land as a producer were enormous because of high costs and stiff environmental regulations.

Producers who are granted concessions to plant would be required only to pay a tax of 21 reais per hectare ($5.30/acre), and would receive an exemption from import tariffs on farm equipment.

Prime productive land in Brazil's developed south can run to 35,000 reais a hectare, compared with 5,000 reais in the extreme frontier regions of the center-west and northeast savannas, where infrastructure is poor. Brazil's import tariffs on farm equipment can also be steep.

Mozambique's Agriculture Minister Jose Pacheco made the offer after a visit to Brazil three months ago.

The country is offering 50-year concessions for Brazilian producers to develop 6 million hectares (15 million acres) of its savanna. Brazil currently plants 24 million hectares of soybeans and another 18 million of corn and cotton.

Augustin said producers interested in lots smaller than 1,000 hectares could get a lease granted by the local governor.

Ampa has organized a group of 40 local growers to visit the Portuguese-speaking country in September.

Brazilian growers, especially of soybeans, are frustrated by what they call excessive government and environmental regulation that has made expansion of farmland costly.

The high price of soy and corn of late and the cheap land costs may be essential for overcoming what are widely seen as the political risks and uncertainties of farming in Africa.

Mozambique has limited domestic demand, aside from corn and common beans for human consumption.

Much of the soy and cotton produced there would be exported, Augustin estimated, and the freight costs for shipping to China would be less than in Brazil.

"Mozambique is probably going to look a lot like Mato Grosso (Brazil's leading soy state) forty years ago," Augustin said. "We are well acquainted with the challenges of this type of frontier farming. Transport will be a concern."