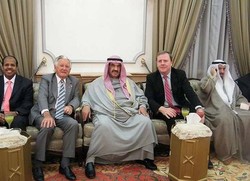 IT WAS December last year, and the newly-minted Australia Gulf Council was ushering its first business mission through the Arab Gulf states, seeking key relationships with the ruling families and hoping to land trade and investment deals.

High-powered political cachet came from the former Labor prime minister Bob Hawke - a director on the council - and the steward of Australia's economic success for a decade, the former Liberal treasurer, Peter Costello. Senior executives on board had interests in banking, property, engineering, professional services, fast food, agribusiness and commodities. But the interest dominating their hosts' attention was clear - food security.

Just how serious that interest was is illustrated by the Herald's review of rural land sales, with Qatar's sovereign wealth fund Hassad emerging as the second-biggest agricultural investor in NSW rural land over the past year, behind Macquarie's pastoral fund.

Hassad plans to spend $US350 million ($318 million) in Australia to secure food supplies for Qatar, which imports 95 per cent of its food. By comparison, Australia produces 93 per cent of domestic food needs.

The chief executive of the Australia Gulf Council, Michael Yabsley, said food security was the leading issue in the trade and investment relationship with the Gulf states. Security of title, Australia's broadly accommodating policy towards foreign investment and a lack of local capital created opportunities for the sovereign wealth funds.

He said the council and Mr Hawke supported foreign investment, subject to the national interest test administered by the Foreign Investment Review Board.

The board vets all investments from foreign governments or government-backed companies, and investments of more than $231 million by non-government investors. In 2009-10, the board received $2.3 billion worth of applications for foreign investment in agriculture, forestry and fishing.

Mr Yabsley said while foreign investment in other sectors, specifically mining and media, had been scrutinised, there had been little policy interest in agriculture.

''This is a debate that is worthwhile having but we should be very, very cautious about any sort of mandatory cap [on investment] because it might create a barrier to particular investments happening,'' he said.

''The debate is going to create a lot of information and misinformation because it is not very far from a lot of the stuff of One Nation … but it can also inflame passions among Australians who are well intentioned but not well informed.''