Govt quizzed over controversial land deal with US firm 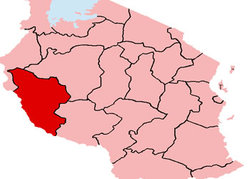 Govt quizzed over controversial land deal with US firm

Agriculture, Food Security and Cooperatives shadow minister Meshack Opurukwa has questioned a contract between the government and a US-based firm – Agrisol Energy – in which the latter is to acquire huge chunks of land in Rukwa region to produce food crops.

Tabling an alternative budget for the sector, the shadow minister queried the validity of the deal, considering the fact that a total of 162,000 small-holder farmers in the region would lose their lands they depend on for their livelihood.

According to Opurukwa, the deal proposing to lease 327,755 acres of poor farmers’ lands to just one foreign investor was questionable and illogical.

“It should be remembered that if the investor takes the land as planned, at least 162,000 small-scale farmers will be left without land,” he stressed.

Opurukwa said the opposition camp was against the government decision to ‘grab’ such a huge land from poor farmers under the pretext of creating jobs and generating more food to curb shortages.

“The government should stop using such reasons to grab land form the natives. It is obvious that the investor has just been favoured at the cost of small-scale farmers,” he stressed.

Opurukwa said statistics indicated that essential food shortages in the country was an artificial problem created by poor infrastructure because food produced was more than enough to feed all the people.

He urged the government and the strategic US investor to redirect their investments towards poor infrastructure in the region so that food produced could be distributed easily.