Women around the world unite vs landgrabbing 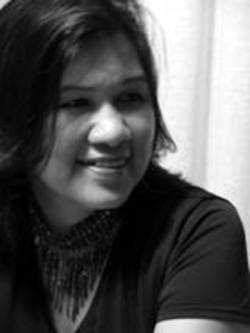 "For as long as land grabbing pushed by neoliberal policies continues to threaten food sovereignty, women all over the world through the International Women's Alliance will continue to strengthen their ranks and struggle to protect people's rigjts to land and livelihood," Maza said.

Women around the world unite vs landgrabbing

Over 100 women from seven continents joined the International Womens Alliance (IWA) which focused on landlessness and widespread land grabbing.

The women gathered on July 5 and 6 in Quezon City to discuss the 2011 World Bank report on Agriculture and Rural Development which noted that 75% of the world's poor live in rural areas and are mostly involved in agriculture.

"The First General Assembly of the International Womens Alliance aims to further strengthen the collective voice and actions of women's rights activists because the gains of the global women's movement over one century have slowly been reversing in this current decade," said Marie Boti, an award-winning filmmaker and member of Montreal-based organization Women of Diverse Origins.

The World Bank report shows a 12-fold increase in the amount of agricultural land acquired by foreign investors worldwide.

This negatively affects the residents' rights and welfare, the host countries' food security, and the environment, the report added.

"The worldwide experience of land-grabbing in the guise of national development is not alien to Filipino women farmers," Maza said.

The Gabriela Women's Party also condemned the Supreme Court's recent decision on Hacienda Luisita, calling it a judicial massacre of the peasants.

"The decision is a full scale betrayal of the peasant class in the same intensity as the Mendiola and Hacienda Luisita massacres," said GWP Representative Emmi De Jesus.

"This referendum is no different from the referendums in 1989 and 2010 which favored the Cojuangcos and the Aquinos," Representative Luz Ilagan.

"The Supreme Court taught the farmers a valuable lesson - that the institution which they expect to be the final interpreter of the law betrayed them and buried the last naiil in the coffin containing their dream for genuine land reform," she added.

"For as long as land grabbing pushed by neoliberal policies continues to threaten food sovereignty, women all over the world through the International Women's Alliance will continue to strengthen their ranks and struggle to protect people's rigjts to land and livelihood," Maza said.

"The collective voice of women will continue to expose imperialist plunder and forward the global women's movement to ensure that the inherent rights of the people are respected and the voice of the marginalized heard," she added.

Monika Gartner of the Women's Political Caucus some of the primary concerns of women:

Women Fightback Network's Monica Gail Moorehead said it's very important to have the struggle represented in an alliance.

"It's a myth that somehow what's going on with the budget cuts and attacks on unions, on health care, on housing, don't apply to poor working women in the US," said Moorehead.

Need to form an alliance

Kelti Cameron of the Ontario Committee for Human Rights in the Philippines said it is an important time to build an alliance of women.

Boti said the women's struggle is a continuation of a process that began years ago.

"We're fundamentally against war and against imperialist aggression...we're very alarmed by the intervention of the US in the Spratly Islands...instead of peace, they're courting war. We encourage the states involved to sit down and negotiate peacefully," said Boti.

Gartner responded by saying "I'm really looking forward to this collaboration, we will surely grow in numbers," said Gartner.

Moorehead said people in the United States are being inspired by what is going on around the world.

"In Egypt, they showed they could win. People are saying 'enough is enough.' There has been more and more resistance, no business as usual. Women are playing a pivotal role in these kinds of militant struggles. And this is building the consciousness that is so badly needed," she said.

"We hope that more and more stories get picked up. That is our role as IWA also, to reach out to all oppressed classes," said Azra Sayeed of the Asia Pacific Forum on Women Law and Development. - VVP, GMA News