Sell only what we don't need 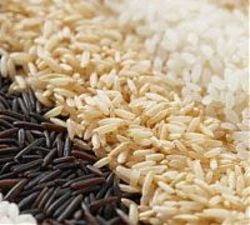 There must be assurances from government that foreign investment does not undermine the existing marketing mechanisms and pricing transparency needs of Australian farmers.

READING recent commentary on the debate over foreign investment, it has become clear the topic has become muddied with the mining v agriculture debate. Both issues are complex, but they are also distinct.

The concerns about mining on agricultural lands have little to do with the source of investment. Whether the funds come from home or abroad, mining on prime agricultural land is an issue of extreme concern for farmers due to the impact on the sustainability of the land's vital resources: soil and water. The issue of foreign investment is a whole different ball game.

As food security concerns escalate around the world, Australian agriculture and its supply chain are increasingly seen as strong investment prospects for international investors.

Fresh interest, particularly from regions such as the Middle East and China, has forced Australian agriculture to take a new look at the issue and question whether this is a good or bad thing.

Foreign investment has been an integral part of Australian agriculture. Global companies have been attracted by Australia's reputation for high-quality and safe production, our proximity to key Asian economies, counter-seasonal production for the northern hemisphere, relatively low levels of sovereign risk and a productivity record that is the envy of agricultural producers the world over.

Japanese investors hold strong interests in Australia's red meat, grains and dairy sectors. The US, Australia's leading source of foreign investment, has invested heavily in our red meat and grains industries. So too have Britain and Brazil. New Zealand has interests in our dairy sector and Singapore in our pork industry. The list goes on.

Such investment has been overwhelmingly positive for Australian farmers and regional communities. It has delivered significant amounts of capital into our production systems at a time when finance from the banks has been more difficult to access. This capital has improved our efficiencies and ensured that our farmers can continue to compete in a highly distorted global marketplace for agricultural commodities.

And, at the same time our farmers have benefited from the additional competition that these companies bring to the supply chain - and in many instances leveraged off the family-operated farm structure that continues to dominate the Australian agricultural landscape.The relationship between foreign investment and farming has been an overwhelming win-win.

So what has changed?

In 2007-08, the world's attention was drawn to what is now known as the other GFC, the global food crisis. While Australians may have been largely oblivious to the extent of the issue, this still led to public consternation about the price of food at the supermarket, and shallow public policy responses such as Grocery Choice. We quickly moved on.

Overseas, the response was far more acute and lasting. Prices for food escalated to record levels, leading to considerable social unrest, riots and protests against rising food prices in more than 20 countries.The UN warned that the security implications of rising food prices should not be underestimated and governments responded with a range of emergency policy measures, many of them leading to additional negative distortions in the marketplace. Food security was etched in the mindset of these countries and has not been as easily forgotten.

In this light, a new wave of foreign investment in Australian agriculture is starting to emerge.

Rather than being underpinned by genuine commercial forces where profits are the driver, food security has emerged as a new factor for investment. With state-owned enterprises entering the market, it is becoming blurred as to whether all of this investment is still interested in the profitability of the venture, or rather in ensuring that a consistent stream of food can be delivered to the nation's people.

This raises the question of transparency in the supply chain, potentially jeopardising competition at the farm gate and depressing the local market. At an extreme level, this could also lead to Australia's own food security goals being compromised.

The federal government must ensure that effective regulations are in place to avoid these outcomes. But how?

In the first instance, a better understanding about the control of Australia's rural land and water assets would be beneficial. The Foreign Investment Review Board examines proposals by foreign interests for investment in Australia against the background of the government's foreign investment policy. However, even the FIRB acknowledges that many land and water asset purchases may fly below the disclosure thresholds, therefore avoiding scrutiny.

From this perspective, it is appropriate that the government's program to strengthen transparency of foreign ownership of rural land and agricultural food production is allowed to run its course before any policy decisions are made in this complex area; as long as it is completed in a timely manner.

There must also be assurances from government that foreign investment, or indeed investment from any source, does not undermine the existing marketing mechanisms and pricing transparency needs of Australian farmers where these underpin farm gate price determination.

Finally and importantly, if there is one thing that this recent trend does demonstrate, it is that Australia needs to establish a clear food policy of its own. Other nations are well ahead of Australia in this regard and are taking steps to ensure the needs of their domestic populations are secured in the long term.

Australia, as a net food exporter, has rested on its fortunate position for too long and taken a she'll be right approach. Now is the right time to get on the front foot and get clarity on where we want to head as a successful food-producing nation. We're pleased that this process has started with the development of the government's national food plan.

Ultimately, we want to see more, not less, investment in Australian agriculture for the benefit of our industry, but we need to be very clear about the motives.

Jock Laurie is president of the National Farmers Federation.