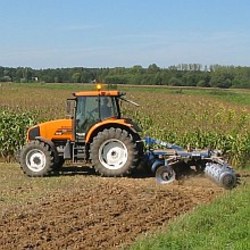 SYDNEY — Australia's left-leaning Greens party on Friday called for foreign investment laws to be beefed up to cover farming land and water licenses, fearing too much was falling into overseas hands.

The Greens, an eco-minded minority party that had such a surge in votes at last year's national elections that they now have the deciding vote in parliament, said Australians opposed such resources going to foreign firms.

"Australians don't want foreign companies buying up prime agricultural land so they can be turned into mining sites and they do not want water allocation rights acquired by parties not interested in protecting future flows," said Greens Senator Sarah Hanson-Young.

Hanson-Young said the Greens wanted the government to bring the purchase of water licenses under the scrutiny of the foreign investment watchdog and publish a list of land and water owners.

There was "overwhelming" public support for the move, she said.

The Greens have proposed an amendment to foreign investment laws to put offshore purchases of farming land to a national interest test and that any parcel worth more than Aus$5 million (US$5.4 million) be scrutnised by the Treasurer.

Similar provisions already exist for mining and other acquisitions greater than 15 percent of a firm worth more than Aus$231 million.

An average Australian farm is worth significantly less than that, and purchases in the sector therefore escape foreign investment scrutiny.

A government inquiry into the Greens proposal last month recommended no change to the current review framework for offshore investment, saying the existing arrangements were adequate.

Offshore investment in Australian agriculture was worth some Aus$2 billion at the beginning of 2010, with 17 significant proposals worth Aus$2.3 billion made in 2009-10, according to the June inquiry.

The United States, Britain, Japan, the Netherlands, China and Singapore were the top direct investors in Australian farming.

Foreign ownership of Australian resources is a key concern of the Greens, who released a study earlier this week showing mining -- the main driver of its booming economy -- was 83 percent owned by offshore investors.

The study estimated that in the next five years Aus$50 billion in profits from Australian mining operations would flow offshore.

Prime Minister Julia Gillard is heavily reliant on the Greens to support her fragile one-seat minority rule, and no law can pass without their approval because they hold the balance of power in the upper house.