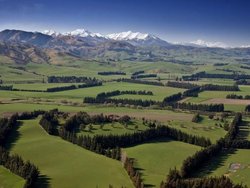 New Zealand-based agency Bayleys is putting together a portfolio of overseas property opportunities to take on a roadshow to South East Asia, Europe and Britain.

The company believes that New Zealand is about to see a major upturn in demand for overseas homes.

A portfolio of homes and primary production land has been compiled in response to requests from vendors to market their New Zealand properties abroad says Bayleys.

Factors that are making NZ an ever more attractive destination include a safe food chain, investment planned by the Chinese government and an overheated property market in neighbouring Australia, where The Economist recently estimated that residential prices are now over-valued by as much as 56%.

“At the same time, New Zealanders are becoming increasingly open to the potential sale of domestic assets and land on the international market,” says Bayleys.

Bayley’s portfolio includes tourism and hospitality ventures in Taranaki, the West Coast, and Central Otago, a farm in North Canterbury, two vineyards in Marlborough, a retirement village south of Auckland, and homes in Auckland, Queenstown, Taranaki and Northland. To date, 26 properties have been confirmed on the list.

Company boss David Bayley said events of the past three months -- including concerns about food safety after damage to nuclear reactors in Japan and an outbreak of deadly e-coli virus in Europe -- had created a new set of dynamics and opportunities.

And because Australian residential and commercial property market values have benefited from Asian (especially Chinese) investment, real estate analysts believe it is only a matter of time until large-scale profit-taking sell-offs commence in Australia… and the resulting funds begin heading to New Zealand to take advantage of a favourable exchange rate.

China's enormous sovereign wealth fund, the China Investment Corporation, is also reported to have set aside NZ$6 billion of its foreign exchange reserves to invest in New Zealand property assets.

“New Zealand’s challenge now is to balance a controlled exchange of farms, commercial properties, home and businesses ownership in such a way that the best interests of the country are retained in the long-term, while the multi-billion investment opportunities we are now facing are used to continue in assisting to lifting New Zealand out of recession,” says Bayley.

Promo tours are planned for Shanghai, Guangzhou, Singapore and Hong Kong during August.