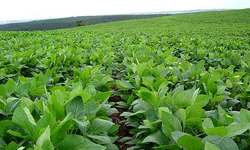 Foreign investors such as Argentine-based agricultural companies El Tejar and George Soros's Adecoagro have snapped up land in the country, which is one of the region's most stable.

President Jose Mujica was quoted as saying he would raise taxes for the country's biggest landholders, but local media gave few details and the agriculture minister said later the issue had not yet been discussed by the cabinet.

There are conflicting opinions over the need to raise taxes on farming with Mujica's ruling coalition.

"I don't know if there's agreement or not (but) the president won't back down," he was quoted as saying by El Observador newspaper's online edition.

Agriculture Minister Tabare Aguerre said it was too early for him to give an opinion.

"I'm not going to say what the Ministry's position is before I've discussed it with the president because he's the one who has put this issue on the table," he told reporters.

Besides foreign farming interests, Uruguay has drawn overseas investment in forestry from companies that include Finland's Stora Enso and Chile's Arauco, the forestry unit the Copec industrial conglomerate.

Mujica, a former agriculture minister, asked lawmakers last year to consider steps to halt the sale of land to foreigners.

A bill has not yet been presented to Congress and lawmakers are waiting for the findings of an agricultural census due later this year before drawing up their proposal. (Reporting by Giovanna Fleitas and Malena Castaldi; writing by Helen Popper; editing by Andre Grenon)