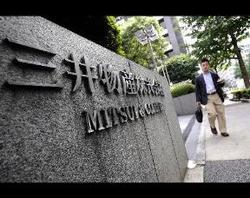 
By Yuriy Humber and Ichiro Suzuki

Mitsui & Co. may spend more than $100 million to add storage and port facilities to help meet its target of 3 million metric tons of soybeans a year. Photographer: Paulo Fridman/Bloomberg

Mitsui & Co. plans to boost soybean exports at its Brazilian unit by 50 percent in the next five years as Japan’s second-largest trading company seeks to expand in food commodities.

Mitsui may spend more than $100 million to add storage and port facilities to help meet its target of 3 million metric tons of soybeans a year, Takuya Saito, general manager of Mitsui’s Multigrain unit, said yesterday in an interview in Tokyo. That target constitutes 10 percent of current exports from Brazil, the world’s second-largest supplier of the commodity, he said.

“There are risks with agriculture, but it has a viable business model and demand for food is only going up” as global population rises, Saito said. “We’re interested in palm, wheat, corn and we’re now looking at available opportunities.”

Multigrain, where Mitsui took full control this month after buying a stake in 2007, will help to account for the fastest profit growth of all the trader’s businesses in the fiscal year ending March 31, 2012, according a Mitsui presentation earlier this month.

Profit at the food and retail unit may grow 257 percent to 10 billion yen ($122 million) this fiscal year, mostly because of Multigrain, Mitsui said. Mitsui’s earnings are dominated by energy, metals and mining, which brought in more than 80 percent of the trading house’s net income in the last fiscal year.

Mitsui plans to cut costs and may shed jobs at Multigrain, which employs about 1,500 staff, Saito said. The Brazilian operation could account for $30 million in pretax profit in the future, he said. That’s equivalent to 5 percent of Mitsui’s total pretax profit in the last fiscal year.

Net-income growth at minerals and mining will be 22 percent this year, while the contribution from energy businesses will be little changed, Mitsui said May 9.

Spending a total $508 million, Mitsui has gained control of a company that produces and exports corn, soybeans, and cotton, allowing the Tokyo-based company to exploit its Asian trading network to bolster food commodity sales in the world’s most- populous region.

Mitsui plans to market most of its food commodities in China, which accounted for 70 percent of Multigrain’s soy sales in 2009, Saito said. Japan and Southeast Asia will get most of the rest of the volumes, he said.

Mitsui may still add a partner to co-invest in Multigrain, as the Japanese company needs a local player to help purchase more land, Saito said. Multigrain produced 130,000 tons of soybean in 2010 and may yield 140,000 tons this year, he said.

To contact the editor responsible for this story: Andrew Hobbs at [email protected]