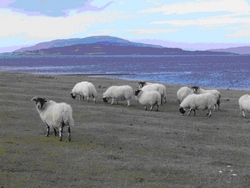 The outlook for agriculture is bright with the sector providing a hedge against inflation and population increases set to drive demand, Macquarie Agricultural Funds Management said yesterday.

Anthony Abraham, executive director of Macquarie Agricultural Funds Management which produces about 10 million kilograms of beef each year through the Macquarie Pastoral Fund, said the soaring Australian dollar had not dented export demand for cattle.

Demand had actually risen along with prices in the past year, he told a Sydney media luncheon.

And the competitive threat from Brazil had been neutralised as the US dollar had weakened against the Brazilian Real, he said.

The fund owns 31,500sq km of Australian grazing land on which it runs cattle and sheep.

Abraham said the land area owned is bigger than the size of Belgium (30,528sq km) and puts Macquarie in the top 10 owners of Australian land by area.

Increasing demand in years ahead would be driven by population growth and increasingly affluent emerging markets such as China increasing their taste for protein, he told reporters.

Macquarie Agricultural Funds Management has diversified its assets from north to south from the Northern Territory and Queensland down to Victoria to limit risk. It also produces powdered milk for export, almonds, wool and lamb.

It has also ventured into forestry, which has been a dirty word in the industry since the collapse of Great Southern.

Macquarie believes it has the structure right to allow investors to benefit from increasing demand for blue gum pulp to make paper, Abraham said.

Abraham said the minimal cost for a tree owner would be $10,130 per hectare to enter the project on day once, all costs included. At the end of the project they would pay about 5 per cent of the harvest proceeds to the land trust.

The project would target 230 metric tonnes of timber per hectare.

Investors would have to purchase separate insurance sourced by Macquarie to protect them against bushfire, flood and natural disasters, Abraham said, with costs to increase towards the harvest end of the project.

Investors would be given regular updates on their trees at three, five, seven and nine years.

Macquarie Agricultural Funds Management has assets under management of $310 billion, with products distributed through financial advisers.