The below is a Google translation of http://rakhat.org/blog/kazakhstantsy.html 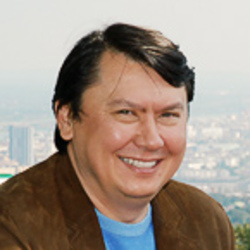 Our country is in great danger, and it's not just empty words.   usurped power Life President Nazarbayev initially wanted to hold a referendum, now in a hurry to play their   early elections.

Why would he do it?   To begin fulfilling its part of the contract with the Chinese authorities. By secret treaty, signed on 21   February 2011. in Beijing during Nazarbayev's visit to China, Kazakhstan is obliged to transfer  to China one million hectares of fertile land   on lease for 99 years.

China's interests in this deal are clear: the export of its workforce in the neighboring country, the gradual transformation of this country in its satellite. Do not be blind: this strategy is being implemented in recent years under the leadership of   Nazarbayev. All those who   resisted this scenario have been removed from power, sometimes the most brutal manner.   For example,   Nurkadilov and Sarsenbayev   simply executed. Pursuing a policy of Sinification Kazakhstan, Nazarbayev did not stop at nothing, because China is guaranteed his safety, lifelong immunity, and residences on the island of Hainan and Hong Kong, in the case of  the People's Revolution in Tunisia, Egypt and Libya.

Look around! "   All oil and gas pipelines   in China's direction   going  on in our land already owned by China.   10-billion loan, borrowed from Chinese banks Nazarbayev wrapped bondage for us and our children.   The next generation   of our citizens   will pay   interest on the loan, which he also hole and stopped its   mediocre economic policy.

Look around! Refinery SHNOS handed   Chinese. All major oil and gas fields are given to the Chinese.   Politics Nazarbayev will lead to loss of independence of our country,   if   not stop the so-called "presidential candidate" Nazarbayev now.

Nazarbayev's secret pact with China   is one more fatal to our country's point. When the first ghost of popular unrest in Kazakhstan will include 200,000 Chinese soldiers "peacekeepers." Already worked out air routes to deliver them to the airports of Almaty, Shymkent and Karaganda. They will shoot at the Kazakh and Russian, because for them we are just "terrorists." Think of the cruelty with which the Chinese Army suppresses popular unrest in Tibet and Xinjiang.   Nazarbayev has prepared us the same fate. Only now somebody else's hands.

Kazakhstan! Look around! All that for centuries have created our ancestors, all our hopes for a better future for our children in their native country - all this is under threat.   our past   and our future   is ready to sacrifice embezzled Nazarbayev, painted themselves into a corner, suffering from delusions of grandeur and delusions of persecution "natslider .   He was not up to the people and to history - to save themselves, their billions of dollars of their wives, mistresses, accomplices to the crime business.

Our inaction and our indifference to assist him in this his last game.   It's time to    finally  wake up to all of us!   Down Nazarbayev! Defend your land!

Ex-ambassador  Rahat Aliyev,   leader of the Alliance for Free Kazakhstan