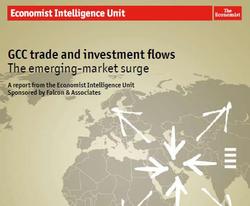 The Arabian Gulf countries are shifting their trade and investment focus from developed to emerging markets, especially in Asia, according to new research.

By 2009 the emerging-market share of Gulf Cooperation Council (GCC) trade had reached 45%, according to the Economist Intelligence Unit, up from 15% in 1980. This share has been rising by an average of 11% per year between 1980 and 2009, compared to only 5% a year for GCC trade with OECD countries.

The analysis of data—sourced from several international organisations and from the Economist Intelligence Unit—was supplemented by 14 in-depth interviews with senior business executives, academics and investment experts.

Following are the key findings of the report: