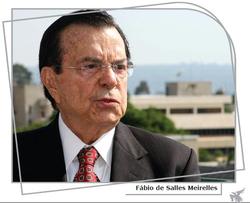 But key farm groups argue that may not be a bad thing while Brazil decides how best to develop its vast agricultural resources.

"Brazil has the land and the technology to produce 50 percent of the world's (exported) food in the future. It's right that we stop and debate how best to exploit this opportunity to create wealth and jobs for Brazilians," said Fabio de Salles Meirelles, vice president of CNA, Brazil's largest farmer group.

"The land is Brazilian and shouldn't be used as a foreign investment conduit or to ensure food security elsewhere," he said.

Brazilian agribusiness has grown dramatically during the last 20 years, conquering global grain and meat markets with its lean production practices. But growth has been disorderly, leaving huge deficiencies in the areas of infrastructure and transport.

With a hungry world demanding more protein, Brazil will have to scramble to meet the expected jump in demand and deficiencies will likely increase without better government coordination.

South America's largest country doesn't have the resources to finance the necessary investments alone and therefore funds would have to come from abroad.

The idea is not to ban all foreign farmers, but to separate the investments that are in Brazil's strategic interest from the speculative and those that threaten Brazilian sovereignty, said Agriculture Minister Wagner Rossi.

In August last year, Brazil's Attorney-General's Office reinterpreted a 1971 law restricting land purchases by foreigners to small lots. However, the government is assessing proposals to allow foreigners to buy land for strategic projects or to farm under concession.

Under such proposals, few individual U.S. farmers would likely get dispensations to farm large properties, although those already farming would be allowed to remain.

Meanwhile, if foreigners can only farm on a concession basis, they will not benefit from one of the most attractive aspects of producing here -- the constant rise in land values.

But, in truth, it is too soon to draw solid conclusions as the debate over foreign land ownership has only just begun.

"The ban was an emergency measure to stop other countries buying land. This forced an issue that was still just maturing," said a top industry source.

Any changes to the current law would have to be voted and regulated by Congress and the nature of the ownership restrictions could change dramatically during that process.

It could also take a while before the discussion reaches Congress, as the administration of President Dilma Rousseff has not even started wider consultations about what the final rules may look like, said the industry source.

Why is the government taking so long? Mainly because key administration figures have been busy, first with elections last year and then with controversial changes to the Forestry Code this year.

This is a story that will likely run and run.

Alastair Stewart can be reached at [email protected]