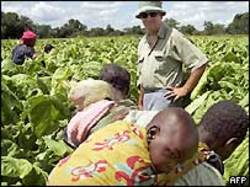 This paper analyses the shifting role of South African farmers, agribusiness and capital  elsewhere in the Southern African region and the rest of the continent. It explores recent trends in this expansion, investigates the interests and agendas shaping such deals, and
the ideologies and discourses of legitimation employed in favour of them. While for the past two decades small numbers of South African farmers have moved to Mozambique, Zambia and several other countries, this trend seems to be undergoing both a quantitative and a qualitative shift. Whereas in the past their migration was largely individual or in small groups, now it is being more centrally organised and coordinated, is more frequently taking the form of large concessions for newly formed consortia and agribusinesses, and is increasingly reliant on external financing through transnational partnerships. As of early 2010, the commercial farmers’ association Agri South Africa (AgriSA) was engaged in negotiations for land acquisitions with the governments of 22 African countries.

This paper presents initial findings from a Future Agricultures Consortium (FAC) study to document and analyse major land acquisitions by South African farmers and agribusinesses, the processes through which these have occurred and are occurring, their impacts, and implications for land rights, livelihoods and the changing shape of agriculture. The research considers the changing character, scale and location of South African investments elsewhere in the region and the continent; and focuses specifically on the AgriSA-Congo deal (the largest deal concluded thus far), and acquisitions by the two South African sugar giants, Illovo and Tongaat-Hulett, for outgrower and estate expansion elsewhere in the region.

The study addresses the degree to which South Africa is no longer merely exporting its farmers, but also its value chains, to the rest of the continent – and what this means for trajectories of agrarian change.