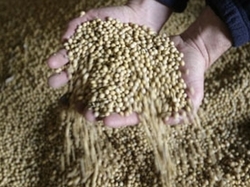 Brazilian agribusiness has failed to earn the amount since August 2010, as the Federal Attorney's Office issued a ruling restricting the purchase of properties by foreign capital.

São Paulo – Brazilian agribusiness has failed to earn US$ 15 billion in foreign investment since August last year, as a ruling of the Federal Attorney's Office (AGU, in the Portuguese acronym) restricted the purchase and lease of agricultural properties by foreigners. The information was disclosed this Monday (18th) by André Pessôa, of consulting firm Agroconsult, at a press conference in the head office of the Brazilian Rural Society (SRB), in São Paulo.

The Brazilian Rural Marketing and Agribusiness Association (ABMR&A) commissioned a study on the economic impact of the AGU's ruling from Agroconsult and another consulting firm, MBAgro.

According to Pessôa, as a result of limitations on foreign capital, Brazil will have problems increasing its production at a rate adequate to meet the global demand. He stated that international production must grow by 20% in the coming 10 years just to maintain the supply-to-demand ratio at current levels. Within this scenario, Brazilian agribusiness would need to grow by 40% during the same period.

According to the executive, that would require investment of 93 billion Brazilian reals (US$ 58.9 billion) in new grain, cotton and sugarcane crops and reforestation. The value covers only the funds needed to establish the farms, including infrastructure and planting, and does not include investment in agroindustry.

Because Brazil has a low domestic savings rate and its investment-to-Gross Domestic Product (GDP) ratio is also low, at around 17%, attracting foreign capital is regarded as crucial. "At least 50% [of the 93 billion reals needed] would come from overseas," said Pessôa. "Other means [to boost production] are not as fast and not as comprehensive," he claimed.

He highlighted that the international market is already imbalanced, with strong pressure of supply over demand, which has driven food prices to record-high levels. The executive stated that the entire world regards Brazil as the country that may contribute the most to increasing agricultural production worldwide, but not the only one. "The opportunities missed by Brazil will be seized by our competitors," asserts the study.

Unlike what took place in the 1970s, during the so-called "green revolution," productivity gains alone will not suffice to meet the demand. Investment will be required in expanding the planted area and increasing infrastructure for product transportation.

The executive claimed foreign capital has played a key role in Brazil's attaining its present cutting-edge status in agriculture, and that foreign banks, companies and trading companies play major roles in financing, supplying inputs and selling Brazilian products. It is worth noting that the country imports most of the fertilizers it uses.

The president of the Sugarcane Industry Union (Unica), Marcos Jank, stated that on average, sugar and ethanol manufacturing plants produce 40% of the cane that they use themselves, meaning that they must either own or lease vast tracts of land. This means limitations on foreign capital may compromise foreign investment in the industry itself. Right now, 30% of the sector is foreign-controlled.

Pessôa added that Brazil is constantly pushing for international markets to be opened to its agricultural products. The chairman of SRB, Cesário Ramalho da Silva, also said many Brazilian farmers are now producing in several other Latin American countries without facing restrictions. The Agroconsult executive also stressed that there are Brazilian companies operating in Sudan. In that respect, the restriction on foreign investment in Brazil creates a contradiction. "We are sending a really bad message out to the world," he said.

Another assertion of the study is that the exploring of new frontiers would boost agricultural activity in states that need job and income generation such as Bahia, Maranhão, Piauí and Tocantins.

To Pessôa, the sale of land to foreigners does not pose a threat to national sovereignty, because land – if well treated – is a renewable resource, and immovable. In other words, it cannot be compared to other natural wealth such as petroleum and ores.

The chairman of the ABMR&A, Maurício Mendes, stated that the organizations have the same concerns over the AGU ruling. "There is a convergence of opinions regarding the ruling," he declared.

The associations intend to discuss the matter with the government, as even within it there is no consensus about the AGU ruling. To ground its ruling, the AGU invoked an act from 1971, during the military rule in Brazil, far earlier than the Federal Constitution, which dates back to 1988.

Generically speaking, Brazilian law provides, for instance, that domestic and foreign investment cannot be treated differently. This, by the way, is the rationale used by the Foreign Ministry (Itamaraty) to justify Brazil's constant refusal to sign treaties for mutual investment protection with other nations.

"The best alternative is to establish a new regulatory framework," said Pessôa on discussing how the matter should be addressed from now on.