Upside for agribusiness investment is promising 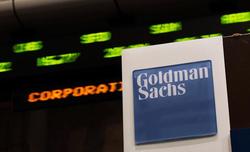 This comes as no surprise. With the ongoing rise in food prices, increasing demand for agriculture from the world’s largest investors, the barriers to investments appearing in Brazil, and the growing delta between Russian and world agri asset values, it was only a matter of time.

The opportunities appear startling. Extremely fertile black earth farmland sells for about $500 per hectare, which is about 15 percent of what similar yielding land fetches in comparable markets. Efficient farmers can generate earnings of $400 to $500 per hectare, making the profit opportunity more than obvious. An oil-rich government bent on building up the sector dispenses subsidized loans, significantly amplifying already high equity returns, and is investing heavily in infrastructure, which in many respects is superior to South America. North Africa, within easy reach of Russian ports, is one of the largest and fastest-growing grain and oilseeds markets.

Investment is not limited to grains. A government incentive program to achieve 85 percent self-sufficiency in meat and poultry by 2015 is driving rapid construction of enormous pork and poultry “factories,” often with thin environmental regulation. Supersized dairy operations are also being rolled out.

Russia defies prediction, and it remains to be seen whether foreign operators will participate in what appears to be an unfolding bonanza. The sector is undercapitalized, which explains the outsized returns and low asset values. Capital needs far outstrip the significant amounts the government is pouring in. The government is on a drive to increase investment into the economy as a whole, agribusiness included. Put all this together and it would appear that substantial foreign investment in Russian agriculture over the coming years is likely.

The scene is reminiscent of Russian energy assets in the early and mid-2000s. They also traded 10 times below world comparables, and investors fretted about ownership rights and country risk, but were driven on by the relentless rise in energy prices. We know how that one ended. There were some spectacular blow-ups, but by and large, those who correctly analyzed the risk and got in ahead of the crowd were well rewarded.

Charles Bausman is director at Global AgInvesting, an advisory firm for institutional investment in agriculture.