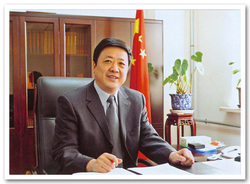 Heilongjiang Beidahuang Nongken Group chairman Sui Fengfu, told the website the group was investing in each country for different reasons.

“In Venezuela and Zimbabwe, the group mainly provides machinery and laborers, and takes about 20 percent of the harvest in return,” he was quoted as saying.

“In Australia, it is mainly through the acquisition of local farmland. In Brazil and Argentina, the business model involves renting land.”

Argentina’s government is acting to create ‘intelligent’ laws surrounding foreign agricultural land investment, while a member of the team preparing the law told Diario de Madryn the country was currently seen as the ‘main point’ of farmland investment by the Chinese.

“They are aware that in Argentina we are trying to curb the indiscriminate sale of land to foreigners, and they want to hurry and close the deals as soon as possible,” he was quoted as saying.

The story reported Argentina was of particular interest to Heilongjiang due to its relatively low-priced land in comparison to other countries, with plans to process grains and oils.

China’s Agriculture and Rural Affairs Committee of the National People’s Congress deputy director Wang Yunkun, told the China Daily his country should continue to seek farmland overseas due to its technological advantages and land scarcity.

“Countries in South America, for example, have arable land and need our technology and investment, and they welcome our companies. It’s a win-win solution,” he was quoted as saying.

Last year Brazil implemented laws preventing companies that were more than 50% foreign-owned from holding more than 5,000 hectares of farmland, the China Daily reported.

Brazil’s Agricultural Minister Wagner Rossi told the website the nation wanted to block ’sovereign investors’, and while he declined to mention which countries were concerned, to most analysts he was clearly referring to China.

“We need to distinguish properly on the one hand between speculators and sovereign funds, which are a threat to our sovereignty, and on the other side, foreign investors who come with good projects,” he was quoted as saying.

Earlier this month Venezuela signed an agreement to form a joint venture food company with Heilongjiang, as the country’s president Hugo Chavez praised the Chinese for providing food for their 1.3 billion people and exporting it too, according to Venezuelanalysis.com.

“With the support of China, with the work of all Venezuelans, with scientific work, we’re going to convert Venezuela into an agricultural power on this continent,” he was quoted as saying.