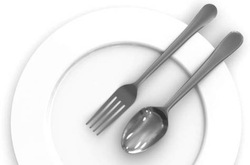 Less than 40 years ago the UAE was populated by small local communities who lived satisfactorily off the desert land. Their meals consisted mostly of locally sourced livestock and produce.


Now, only a few generations later, the dinner tables around the UAE are heaving with rice from India, tuna from Japan, mushrooms from France and meat from Brazil. A steadily growing expatriate population with diverse tastes means demand has rapidly overtaken what the market has to offer. This, paired with worldwide shortages and spiraling prices, has made having secure sources of food a matter of stratgic importance for the country.

According to the International Fund for Agricultural Development (IFAD), Arab countries account for more than five per cent of the world's population but less than one per cent of global water resources. Because of its arid desert climate, which is not conducive to large scale farming, the UAE imports more than 80 per cent of its food, spending Dh2.5 billion in 2010 alone.

In order to insulate themselves from market fluctuations, the UAE and the other GCC states are following in the footsteps of China and investing heavily in agricultural land abroad. By shipping the produce home and bypassing world markets, they can cut food costs by up to 25 per cent.

"Right now on a comparative basis we are at the same prices as at the peak of the crisis for grain. The main reason is that no more than 6 to 8 per cent of the total world production of grain is actually put on the market because producing countries want to help insure that at least at a country level they have enough," said Taysir Al Ghanem, regional communication manager for the Near East and North Africa communications division, IFAD.

"The important thing about land aquisition is that countries in the Gulf will be relying less on the open market," he said.

"Serious negotiations on agricultural investments are also ongoing with other countries including Australia and Indonesia," the minister said.

While the concept of buying or leasing farmland abroad is not new, the rising food prices have caused a recent flurry of investment activity. Between 2006 and 2008, UAE investments in agriculture abroad increased 45 per cent. According to the International Food Policy Research Institute (IFPRI), the UAE ranked third in the amount of agricultural land obtained by selected investors between 2006 and 2009. In first and second places were China and South Korea.

Top of the agenda

The issue of rising food prices has been at the top of the agenda at government meetings and economic forums worldwide. The latest report by the World Bank and warnings by non-government agencies reveal that global food prices have reached their highest in 20 years and could increase further because of rising oil prices stemming from the unrest in Libya and the Middle East.

The UAE alone has seen prices of edible oil, sugar and rice shoot up by 50 per cent, the price of vegetables by more than 25 per cent and fruit by more than 20 per cent in the last year. The UAE's Federal National Council (FNC) met at the beginning of this year to discuss solutions to the issue.

"UAE inflation continues to be the highest in the region, putting huge pressure on consumers, particularly low-income people," said Khalid Ali Bin Zayed Al Falasi, a member from Dubai at the meeting.

In order to stem this and limit the effect on low, post-downturn consumer confidence, the Economy Ministry has persuaded some supermarkets and cement producers to rein in prices.

Dr Hadim Al Nuwaimi, director of the Consumer Protection Department in the Ministry of Economy, announced recently that prices of essential foodstuffs would be slashed by up to 40 per cent in supermarkets across the UAE during March. These products include flour, milk, tea, rice, sugar, oil, coffee, pasta and flour.

Initiatives have also been implemented to make do with the limited amount of water available such as growing more climate resistant crops and using desalination plants to generate more water.

However with water used in agriculture taking up 80 per cent of the total water supply, subsidised agricultural schemes are unfeasible and unsustainable on a large scale.

During the Arab oil boycott of 1973, the US indicated as a retaliation measures that there could be a boycott of food deliveries to the region which first prompted plans to develop Sudan as a bread basket for the region. Since rising fuel costs contributed to about a fifth of grain price inflation, between 2004 and 2008, GCC countries have turned their focus away from major international food exporting countries like the EU, Russia, Canada, the US, Brazil or Australia and are focusing on nearby areas such as Egypt, Pakistan or Cambodia.

"These investments are targeted towards developing countries where production costs are much lower and where land and water are more abundant. Other factors that influence investments include geographic proximity and climatic conditions for preferred staple crops," stated a recent report on ‘Land Grabbing' by the IFPRI.

"News reports have helped shed light on these developments, but details about the status of the deals, the size of land purchased or leased, and the amount invested are often still murky. Well-documented examples are scarce, and some reports are contradictory.

This lack of transparency limits the involvement of civil society in negotiating and implementing deals and the ability of local stakeholders to respond to new challenges and opportunities," stated IFPRI's report.

At the end of 2009, UAE-based agricultural investment firm Janan formed an investment plan with Egypt to cultivate around 42,000 hectares of land with wheat, maize and other crops. The project which will extend to 2015 is expected to produce 350,000 tonnes of wheat a year.

Last year, the UAE was also in talks with the Cambodian government to purchase land for rice cultivation. UAE-based Minerals Energy Commodities Holding (MEC) has been working out plans to lease around 100,000 hectares of farmland in Indonesia.

Abraaj Capital, a private equity group which manages $5 billion of assets across the Middle East, North Africa and the Indian subcontinent, has purchased land in Pakistan during the past year. Emirates Investment Group (EIG) also put money into farmland in Pakistan when they offered up to a million acres to foreign investors.

The UAE also has investments in the Rashid Al Dhahiri Olive Presses Company and the Al Marmouqa Food Company in Jordan. In Morocco, the UAE's Al Qudra Holding Company is investing in various sectors such as farming and fisheries.

In Ethiopia, which is only one of 20 or more African countries where land is being bought or leased, 815 foreign-financed agricultural projects have been approved since 2007.

When developed, land will yield roughly two tonnes of grain per hectare. With investments across Asia Pacific and the Middle East reaching 100,000 hectares of land, the newly cultivated land has a potential to produce one million tonnes of grain a year.

Local food distributors such as Iffco are forming private-public partnerships to secure agriculture supplies overseas. The company which distributes brands such as Tiffany and Igloo has formed a joint venture with Malaysian agriculture company Felda to grow palm oil in Malaysia. They also co-own 81,000 square kilometres of cattle ranches in Australia.

However other smaller local food companies are not financially capable of making similar investments or partnerships.

"It cannot happen. Upward integration requires major resources. We need the financial and political back-up to do this and preserve competition. Major companies can do this, but the market will not absorb this supply," said Mohammad Al Ghurair, Managing Director of Masafi, which also produces fruit juice and potato chips.

If there is one thing that the Gulf investment programme can’t afford to overlook, it’s local needs of the area where they are investing.

“Most of the countries in question are net food importers themselves. Investments would need to be on such a scale that they could improve local food security and social and political stability and produce an exportable surplus on top of it,” stated a recent report from the Gulf Research Centre on the Potential for GCC Agro-investments in Africa and Central Asia.

The UAE was one of the first countries to support the Arab Organisation for Agricultural Production, an organisation set up in Khartoum to encourage investment in the agricultural sector. Sudan and Somalia are also offering land to foreign investors who have the means to develop these impoverished states’ agricultural sectors, especially livestock and dairy.

“As an institution we believe that there are proverbial win-win situations where we’ve been clamouring and crying for more investments into land.

However, once there is a decision to do those large-scale investments it comes with a large corporate responsibility. The investor needs to see what impact it will have on the local agriculture and also whether those investments contribute to overall development of the local land,” said IFAD’s Taysir Al Ghanem.

There are many deals which are condemned by NGOs and labelled a new form of colonialism. According to the Gulf Research Centre’s report, well structured deals could guarantee employment, better infrastructure and better crop yields.

But badly handled, they could also cause great harm, especially if local people were excluded from decisions about allocating land and if their land rights were not protected.

Opinions are divided as to whether these land acquisitions are beneficial or detrimental to the local landowners.

“Landownership and land titling is very fuzzy in many of the countries we work with, so it becomes quite difficult to manage large-scale operations. IFAD’s advice would be to not go to those operations if it’s going to affect local people,” said Al Ghanem.

According to the GRC report “Potential for GCC Agro-Investments in Africa and Central Asia”, investment in countries such as Pakistan, which has a high exposure to radicalism, and Afghanistan which is suffering internal conflicts, could not only threaten their agricultural investment but also their international standing. China recently came under international criticism for its land investments in Sudan during the Darfur conflict. While this new form of investment ensures security for those who can afford it, there are many social and political issues that come into play when developing another person’s land that the investor has a corporate responsibility to consider.