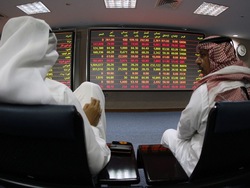 DOHA/DUBAI – Qatar, once content to attach its name to trophy assets, may use its investments to garner political goodwill as foreign leaders fly in to woo the fund, arguably now the world’s most aggressive.

Consecutive visits by the prime ministers of Britain and Spain and president of Germany to Doha over the past week highlight the Qatar Investment Authority’s (QIA) growing global profile.

Flush with cash thanks to abundant natural gas resources, the QIA has cannily mixed smart investing with goodwill generation.

The fund must now balance Qatar’s political ambitions — the tiny state has long wanted to punch above its weight, brokering peace talks in Sudan and seeking a bigger voice in the Gulf region — with an intense focus on generating superior returns.

“It is a newer fund, one that is not so worried about headline risks appearing in the press,” said Rachel Zeimba, senior research analyst and sovereign wealth fund expert at Roubini Global Economics in London. “It may be also willing to garner some goodwill with some of their investments.”

And as the fund — with an estimated $80 billion in assets compared with the Abu Dhabi Investment Authority’s estimated $600 billion — becomes a preferred destination for top diplomats and executives, the number of deals and their size will only increase, with the portfolio becoming more diversified.

“They want to generate superior returns through high quality investments, but they also want to build strategic networks across the world, particularly bridges into emerging markets,” said one source close to the fund, declining to be named.

With its liquefied natural gas exports having reached peak capacity, the country is now at a stage where it is earning more than ever.

“Capital expenditures will go down dramatically, and some of that money will be funnelled into the sovereign wealth fund,” said Samuel Ciszuk, an analyst at IHS Global Insight.

The results can be seen in investments already. Qatar’s Prime Minister — also chief executive of the fund — recently committed 300 million euros for Spanish banks and expressed interest in UK banks Lloyds and RBS. The fund may also become a cornerstone investor in a potential mega-float by Glencore, the world’s largest commodities trader.

Qatar has been eyeing a larger stake in political events, both regional and global and the fund’s investments may be one of the channels to achieve that goal.

On the other hand, no motive can be bigger than to generate long-term returns on investments.

“One of the challenges for the fund is that they might struggle with these multiple mandates, garnering financial return while striving to elevate their political goodwill,” Zeimba said. “That makes it more difficult for asset managers.”

Within its investment portfolio, the fund has demonstrated a particular affinity for banks and will continue to do so in the future, analysts say.

“A sovereign fund needs strong banking relationships. They’ve covered China, Europe and Latin America all through their banking investments,” the source close to the fund said.

It has already picked up stakes in Credit Suisse and Barclays. Regarding a potential stake in Glencore, “They might be looking at it as a markets-related business rather than a resources-related business,” the source close to the fund said.

Agriculture and farmland-related investments are also believed to be key for the Qataris going forward.

“The GCC (Gulf Cooperation Council) sits in a very heavy food importing region. If food prices are going up a smart investor like them would want to be part of it,” Ziemba said.

Food investments may drive the fund to look at Latin America as an important investment destination, she said.

Despite recent reports of an impending purchase of football club Manchester United, sources close to the fund say such a move is unlikely.

“The assumption was made that they are keen to buy a club to reinforce their commitment to football, but they already won the World Cup bid. It wouldn’t be a strategic investment – no one’s ever really made a lot of money out of football clubs.”

For companies and regions, there are many benefits from seeking a sovereign wealth fund investor like QIA.

“You have a well-capitalized, long-term liquid investor in QIA who will play a key role in stabilising the shareholder role in the organisation,” said Khuram Maqsood, former investment director at a Dubai-based sovereign wealth fund said.

“Anthony has a say in most of the high-profile investment decisions and his team is mostly Western expats,” a UAE-based source said speaking in condition of anonymity.

Armstrong was named as the most influential Gulf Arab expatriate by Arabian Business magazine in 2010. He slipped to third spot in 2011.

The country’s Prime Minister Sheikh Hamad bin Jassim al-Thani, who is involved in arranging investment plans, make the final call on most deals, analysts say. But as in many other Gulf-based sovereign funds, control is key and it is highly likely that family members will prevail when it comes to the final say.

“In QIA, four out of six members of the board are Al-Thani,” said Sara Bazoobandi, researcher at the Institute for Arab and Islamic Studies of Exeter University.