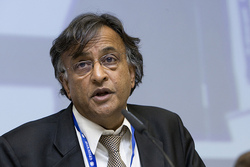 When the whole country is baking in the Ephoria of the 2022 Bid win and the Fine show of Qatari footballers at the Asian Football Cup 2011, Food security seems like an implausible topic to ponder over.

But not if you look at recent reports from around the world on escalating food prices and the mounting tension and disrupting occurrences in some parts of the world. Though we have not seen the wave of riots that rocked countries such as Haiti and Bangladesh three years ago, when prices of agricultural commodities jumped, it is still a possibility, caution experts UN.

The increase in food costs will also hit developed economies, with companies from McDonald's to Kraft raising retail prices. Finan cial Times in a recent report emphasised that higher food prices boosts overall inflation, which is above the preferred targets of central banks in Europe.

UN's Food and Agriculture Organisation has given the global food market 'critical' status and says that immediate measures have to be put in place to stave off a repeat of the 2007/2008 crisis, when food prices doubled in just a week.

Earlier, addressing the UN Summit on Food Security at the Food and Agriculture Organisation (FAO) headquarters in Rome in 2009, HH the Emir, Sheikh Hamad bin Khalifa Al-Thani pledged Qatar's commitment to contribute in eradicating hun ger and malnutrition. The urgency of the situation was reflected in HH the Emir's words and subsequent actions.

The Qatar National Food Security Programme (QNFSP) was established in 2008.

But what does Qatar have to do with riots and hunger in other parts of the world? A country which has never had a food crisis so far?

"Here is a country, one of the wealthiest in the world that could buy food at any price, no matter what the price, from the world market. There has been concern in Qatar as there has been concern in the rest of the world. From 2007, we entered a new era in world food. Until then price of food commodities was go ing down. The era of low-food price is over, worldwide" says Dr Mahendra Shah, Director of Programme International Affairs, QNFSP.

And this is so, "because of increasing world demand," says Dr Shah. "Only 5% of the world's food is traded. And international food trade will increase rapidly due to a number of factors including population growth, urbanisation and rise in incomes. At the same time biofuel requirement mandated in a number of coun tries will also affect land availability for food cultivation resulting in high food prices. The food demand cannot be met in some countries and hence there is higher dependence on exports."

Understanding this need, Qatar has set up a comprehensive national programme that takes into account the challenges that are the country's alone.

And thus under the direction of HH the Heir Apparent Sheikh Tamim Bin Hamad Al-Thani, the QNFSP was established with the objective of creating a sustainable Food Security road map, by introducing structural reforms to address the problems that affect the sustainability of energy, water, agriculture and food supplies.

Heading the QNFSP taskforce is Fahad Al-Attiya, Chairman of QNSFP, who says that this nationwide initiative will make Qatar food secure in 10 years.

"The global risk is high and food is a critical component for the existence of any civilisation, which then makes QNFSP one of the highest of national priorities," says Al-Attiya.

While food security is a worldwide issue, the challenges that the Gulf countries face are much higher.

"GCC with a total population of approximately 40 million, of whom 40% are foreign workers, are endowed with oil and gas reserves estimated at some QR130 trillion ($35 trillion). This puts the region's nationals among the world's richest peoples in terms of per capita wealth. However, although the region's eco nomic and energy security are assured, the GCC countries are the world's most water insecure and food deficient, importing 60-95% of their food requirements," says Dr Shah.

"Of the region's total land area of approximately 259 million hectares, only 1.7% is currently under cultivation, mainly with groundwater irrigation. Although about one-fifth of the total land area is potentially cultivable, the region's arid climate and constraints caused by heat, salinity, limit the levels of food suffi ciency that can be achieved."

Some of the GCC states have established fossil fuel-driven water-desalinisation plants, contributing approximately 15% of the total available water resources in the region.

"However, current concerns about climate change, and the fact that the GCC has one of the highest carbon footprints in per capita terms, limit this option. Investment in research into the use of renewable energy, particularly solar power, in future desalination plants offers a means to increase domestic food pro duction," he reveals.

And this is one of the options that is being explored by QNFSP and once that comes into process will provide the much needed impetus for the whole region to follow this prototype of success.

"From my point of view, every country in the world should produce the maximum amount of food it can, in a manner that is environmentally, economically and socially sustainable."

GCC should give the highest priority to establishing a regional centre of excellence for solar-energy research for water desalination, greenhouse solar cooling and greenhouse hydroponic-technology development, says Dr Shah.

Regionally relevant research into protected agriculture, solar energy for desalinisation and greenhouse hydroponics has the potential to enhance domestic food self-sufficiency in the GCC countries.

All these are steps taken into due consideration by the QNFSP.

"However, some crops, such as wheat, require as much as 1,400 kg of water to produce 1 kg of yield. This calls for strategic decisions about which crops to produce locally and which to secure through international GCC investments," says Dr Shah.

Over the past few years, GCC states have begun to consider investing in farmland overseas. However, there is growing worldwide concern that such international agricultural investments must be environmentally, economically and socially responsible and sustainable. "They must also be well-structured and legally executed. Otherwise, there is a risk that the burden of food insecurity in the investing GCC countries might end up being transferred to the host coun tries," says Dr Shah.

Dr Shah has identified a solution that would give the oil-rich Arab countries an edge while improving the living conditions and economies of those countries that they lease contract land to use for food produce.

"A shared-benefits model that would best meet the needs of the investor and the local community in currently cultivated land areas where the yield gaps are large could provide the basis for responsible and sustainable agricultural development partnerships," he says.

"Consider a situation in which 100 units of land area farmed with poor management and low agricultural tech nology produces 100 tonnes of a food commodity. With foreign investment bringing in sophisticated technologies and management, the production on this piece of land is boosted to 500 tonnes. The local community receives 200 tonnes, while the investor receives a similar share. The remaining 100 tonnes is then sold by the investor into the local market. The market sale would be important in terms of host-country food security, and the sales income would be reinvested for the benefit of the local community through infrastructure and social-services development. The investor's share would need to be acceptable in terms of return on investment.

"Such an innovative partnership arrangement could be further structured as an official development aid (ODA)," says Dr Shah.

Sub-Saharan Africa (SSA), with its fertile land, ample water resources and the world's lowest agricultural productivity, is the biggest hot spot for agricultural land acquisition by public and private investors from the GCC, China, India and Europe. The agricultural sector in SSA countries is in urgent need of invest ment capital.

However, decades of poor government commitments to agriculture and low investments have resulted in stagnating productivity and food-production levels.

In his research papers, Dr Shah has shown how the GCC countries have a real opportunity to invest in Sudan as a development aid partner, not only to assure their own food security but also to contribute to sustainable agricultural development.

"The potential through a shared partnership model, as described above, is substantial. For example, current maize yields of approx 1.2 tonnes/hectare can be increased to more than 7 tonnes/hectare with high agricultural technology and management."

The GCC's challenge is to adopt a scientific, knowledge-based and policy-relevant integrated agro-ecological and socio-eco nomic approach to enhancing its domestic food production. This can be done only by forming sustainable and responsible development partnerships that can put the SSA countries on a path of progressive and sustainable development.

Dr Patrick Linke, Chief Engineer at QNFSP and the Associate Professor of Chemical Engineering at Texas A&M University Qa tar is of the opinion that water issues in the region are critical.

Ground water resources cannot be touched as it cannot be re plenished given the climatic conditions of the region and hence alternative resources have to be worked out for the food security programme.

"Basically the idea is to desalinate the sea water. The other alternative is to recycle waste water and reuse. But there are health and hygiene issues to deal with while using recycled water for irrigation, not to mention the large quantity needed for this."

QNFSP is considering using non-fossil energy for producing renewable resources, and as a concept, wind and solar energy is to be put to use. Reusing energy is another option and all this is being explored too. "All the issues will be explored, the energy infrastructure, the location of the station, how to transmit the energy from it, to final feasibility of the desalination project, the economies of subsidies, all this will have to be looked into and by 2013, and the picture will be in place."

"For this whole value chain to be economical, at some point of the chain subsidies will have to be put in place. It could be energy, water, or both or just the crop," says Dr Linke.