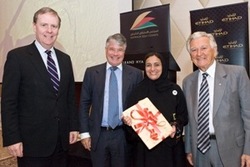 
FORMER Prime Minister, Bob Hawke, is leading a push to get Arabs to invest in Australian farmland as part of a long term food security strategy for oil-rich Gulf States
Mr Hawke, a founding member of the Australian Gulf Council (AGC), believes the combination of Saudi money and Australian farmland and farming know-how will make a good mix, and the oil rich States are keen to buy in.

With fast-growing populations, shrinking water reserves and land areas that are mostly desert, Arabian Gulf nations such as Saudi Arabia, Kuwait, Qatar and the United Arab Emirates are keen to reduce their reliance on their own limited irrigated farmland or volatile import markets.

While increasing foreign ownership of Australian land and agribusiness assets has stirred concerns about a long term lock-up of production for overseas profit, and implications for neighbouring landholders, overseas investment activity isn't slowing.

Last year Qatar-based sovereign agricultural investment company, Hassad Food, made its mark as a high stakes buyer of rural property in Victoria, NSW and Queensland, while other Gulf companies have footprints here, too. 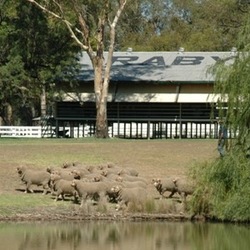 Saudi investors have a budget of almost $3 billion to invest in food production outside their home base, an Australian business group led by Mr Hawke was reportedly told in December.

Saudi Arabia has been canvassing farmland purchases elsewhere around the globe, too, including prospects in Sudan, while government and business leaders have also been negotiating possible projects in Senegal and the Philippines.

African nations such as Mozambique have also invited the Saudis to expand farming projects they have already started on that continent.

Mr Hawke and former Howard Government treasurer, Peter Costello, jointly led a AGF trade mission to the region to promote investment in a variety of Australian industries - from education to minerals - but farmland and food security were the topics that most interested their hosts.

"The whole food security issue is central to almost every discussion you have with government leaders in the gulf today," said AGC chief executive officer Michael Yabsley.

"No matter what wealth oil generates, you cannot compensate for a scarcity of arable land."

RMWAH, which was exploring options for "significant investment" to expand its farming interests, has a heavy focus on organically grown livestock on two Northern Territory properties and two in Queensland, including a big poultry farm.

Executive chairman, David Pearse, said the trade mission provided an opportunity to meet ruling families in the region and promote Australian agriculture as well as his own business plans.

Mr Yabsley acknowledged, however, that overseas investment, particularly by sovereign governments securing direct food supply lines for themselves was an increasingly contentious issue.

"The issue of Sovereign wealth buying land is a big topic - probably mostly among rural Australians - and there's also a lot of sensibility about the issue from Gulf State investors and ruling families," he said.

"They want to be sure that best practice management of any farming investment is the order of the day.

"The extent of overseas investment in Australian agriculture is a policy issue for governments to oversee, and the Foreign Investment Review Board (FIRB) plays an active role in keeping a close eye on what's approved for sale to off-shore investors."

But Liberal Senator, Bill Heffernan, said the FIRB was not active enough and sovereign investment ambitions were enticing some vested interests to flog off Australian farmland in lucrative, short-sighted deals with overseas buyers.

He said vendors, bankers and business interests who were keen to sell to rich government-backed corporations from China, the Middle East or elsewhere, were not thinking about the long term impact on the viability of family farms and small businesses in Australia in two or three decades.

"I've no objection to foreign capital or people wanting to make a quid by selling to the highest bidder, but we've got to wake up fast while we still own our own destiny," Senator Heffernan said.

"Family farms are the mainstay of our sovereign production. Their land should be feeding Australia and our export markets as global populations grow and we face the prospect of millions of our near neighbours being displaced by food shortages.

"Once we sell big slabs of our sovereign assets to another government it won't care too much about what we think that land or water should be used for."