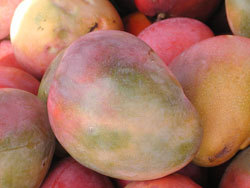 AMRITSAR (PUNJAB): The lure of cheap land and the promise of making big money are making local farmers and NRIs invest in African countries like Liberia and Ethiopia, whose economies were wrecked by the civil wars.

The unutilized but fertile lands are available for sale at much cheaper rates and are also given for lease on nominal charges. Coupled with the cheap farm labour, entrepreneurs seem to have found green gold in these countries.

Director of a food supply company Hawa Singh Tanwar said many farmers of Punjab and Haryana have already acquired lands in Ethiopia and are growing cereals.

California-based NRI Ruby Sohiwal told TOI over phone from US that he was pursuing a deal of long term lease for farming 200 acres of land in Liberia.

Located in the tropical rainforest belt of West Africa, the climatic conditions of Liberia are favourable for growing crops like jatropha, oil palm, mangoes and guavas among others.

Sohiwal said an acre of land is available for $10 per year which is also negotiable depending upon the location. "However, the living conditions in these countries are quite primitive with poor road connectivity and other infrastructure," he said.

Singh said the main reason for this trend among farmers is that the price of staple foods shot up in India due to poor production and hoarding of farm products, while they can get productive lands in some African countries for much lesser prices.