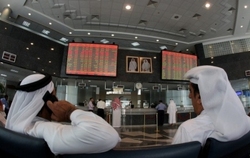 Adecoagro SA, the South American farmland venture backed by billionaire investor George Soros, raised $314 million from its U.S. initial public offering after pricing the shares at the bottom of the range.

The Luxembourg-based company sold 28.57 million shares at $11 apiece, after earlier today cutting the range to between $11 and $12, according to Bloomberg data. That’s down from a previous plan to sell the shares at as much as $15 each.

The initial offering comes as commodity prices rally and food prices reach record highs. Adecoagro produces sugar, coffee, soybeans, corn, rice and milk in farms in Brazil, Argentina and Uruguay. Proceeds will be used to build a sugar and ethanol processing plant in Brazil and to buy farmland.

“The problem with Adecoagro is that it is a new company, people are not familiar with it and, as a consequence, I think the initial price range was quite high,” Kristof Bulkai, a fund manager at Thames River Capital LLP in London said today in a telephone interview. He plans to buy a “large stake.”

Adecoagro’s shareholders include Pampas Humedas LLC, an affiliate of Soros Fund Management LLC, which owns about 33 percent and plans to reduce its stake in the company to about 21 percent after the offering, according to the filing.

“If we like it, we like it at a lower valuation because we need to have some upside,” Thames River’s Bulkai said. “There was just not a lot of clarity” on future earnings, he said.

The sugar-mill will process about 11 million tons of sugar cane a year and will be one of the biggest in Brazil, according to Adecoagro’s website. The total cost of the mill is $1 billion. About $690 million is needed to complete the mill, Adecoagro said in its SEC filing.

Investors should “avoid the initial public offering and consider opportunistic purchases” in the future, once there is “clarity on restrictions against foreign ownership of Brazilian farmland,” Michael Fritz, an analyst with Monona, Wisconsin, based-Mercador Research LLC, said today in an e-mailed note to clients.

Investing in Adecoagro is “a way to play the potential global shortage of food, especially in emerging markets,” Francis Gaskins, president of Marina del Rey, California-based IPOdesktop.com, said in a note today.