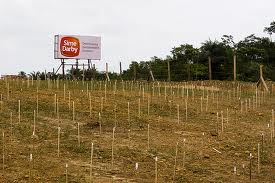 Cape Mountainaians have accused the Malaysian Company here, Sime Darby of engaging in unfair (bad) labor practices against them, including its own employees. With this, the Cape Mountanians have given the government of Liberia and management of the company (Sime Darby) 60-day ultimatum to initiate and organize a general meeting with them (citizens) in deciding the future of the county.

The locals accused the company of illegally clearing their land, which has affected over 27-towns and villages, and at the same time caused environmental problems, including water pollution thereby making it difficult for ordinary inhabitants to have safe drinking water.

The residents took the position when they met in the township of Madina, Garwula District, Grand Cape Mount County early this month. The decision involved town, clan and paramount chiefs, as well as commissioners and ordinary people from all walks-of-life in the county.

In their position statement, the citizens said they want full explanation of the concession agreement between Sime Darby and the Liberian government for better understanding of its terms and conditions, as well as the scope and range of the company’s operation in the county. The locals also demanded a re-visitation of the SIime Darby concession agreement for their input in keeping with the community right law of 2009.

“We want the community right law be applied to the Sime Darby Concession Agreement to its fullest so as to give us (citizens) fair share of our resources. The company should carryout best and standard labor practices by hiring qualified and skillful citizens, providing training opportunities and offering fair compensation,” the people noted.