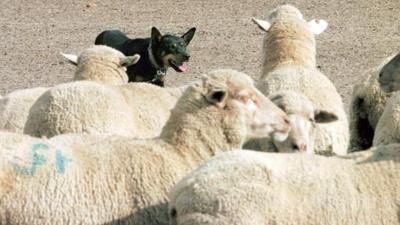 Saudi officials have visited even Australia to explore land for food deals.

Long accustomed to plentiful and affordable meat, fish, fruit and vegetables, Australians may have to get used to higher prices as the soaring cost of agricultural staples suggests an era of cheap food is coming to an end.

After a brief pause, due to the global economic crisis which temporarily depressed demand, international food prices are approaching those of mid-2008, when the cost of rice, corn, cereals and soybeans skyrocketed, triggering food riots and political instability in more than 30 countries.

Of course, spikes in food prices are not new, nor are they necessarily a cause for concern. As every shopper knows, agricultural produce is prone to seasonal and cyclical fluctuations as the devastating floods in Queensland are about to remind us. But longer-term trends indicate that structural shifts in demand and supply are beginning to alter the food calculus.

On the demand side, the two key challenges are population growth and changing dietary patterns, sometimes called the nutrition transition. In 1798, when the English demographer Thomas Malthus penned his sombre warning that population growth would outrun food production until checked by famine, war and ill health, the world's population was less than a billion. Today it is 6.7 billion. By 2050, when it is expected to reach 9.2 billion, agricultural production will need to have doubled to meet demand.

The accompanying nutrition transition is being driven by rising incomes in a developing world that has recorded dramatic and rapid changes in dietary patterns. The burgeoning Chinese and Indian middle classes are becoming more like Australians in their eating habits, consuming meat, milk and grain like never before. While good news for Australian farmers, since we export 60 per cent of our agriculture, these dietary changes are straining a world food system in urgent need of renewal.

Supply side pressures include a steady erosion of productive farm land due to urbanisation and environmental stress, the loss of much of the word's fertile topsoil, higher energy costs, shrinking food stocks, the diversion of corn to produce biofuels, climate change and water scarcity. Agriculture accounts for 70 per cent of the world's use of surface water. With nearly half the world's population forecast to be living under severe water stress by 2030, water availability is the biggest constraint on future food production.

Price increases are not the only indicator of food insecurity. In a contentious new development, China, India, South Korea, Saudi Arabia and the Gulf states are buying or leasing agricultural land from countries that need capital and have land to spare. Saudi officials have visited even Australia to explore land for food deals.

While poorer countries may be able to invest the money received into improving their agriculture, the downside is that foreign land acquisitions can cause significant political and social tensions, lead to the exploitation of farmers and distort trade.

These acquisitions are a telling vote of no confidence in international markets by food-deficient countries, which understandably fear a repeat of the 2008 food crisis may deny them opportunities to buy grains and other essential soft commodities at any price.

Is there a solution? Nothing less than a second green revolution will reduce food anxieties and restore faith in the market. A crucial first step is to invest more in agriculture, which for too long has lagged behind manufacturing and the services sector.

Biotechnology and improved farming practices can help. But neither is a panacea. Food insecurity stems from a complex mix of political, economic and environmental policy failures which will need redressing to ensure that the next time food prices escalate, there are substantial international reserves to draw on and governments resile from knee-jerk, counterproductive measures, such as reducing or suspending critical food exports.

As an important food exporter, Australia must get its house in order by giving substance to its worthy, but still unrealised, promise to integrate all aspects of national food policy ''from the paddock to the plate''. If we cannot guarantee our own food security with the resources of a continent at our disposal, we can hardly expect less well-endowed nations to do so.

Alan Dupont is director of the University of Sydney's centre for international security studies and co-ordinates a food security program funded by the MacArthur Foundation.