Invest in food - and the horsemen of the Apocalypse 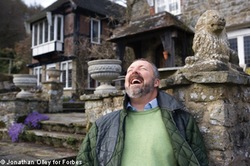 David Murrin, CIO of Emergent Asset Management who claim to be the largest agricultural fund in Africa.

Reuters | 7 January 2011
• Emergent one of the first funds to tap food price rises
• CIO Murrin believes world headed for confrontation, war
• Says decline of US, rise of China stokes tensions
• New fund designed to take advantage of key trends
By Peter Apps, Political Risk Correspondent
LONDON, Jan 7 (Reuters) - A pioneer investor in farmland and the food price rally is looking ahead to new trends -- war, epidemics and climate change as the investment opportunities of the future.
Emergent Asset Management holds swathes of land across southern Africa and sees much more mileage in food prices.
"The world is still in denial about food prices," chief investment officer David Murrin told Reuters. "If you look at demographics, if you look at production, if you look at the impact of climate change then we are only at the beginning of this."
The London-based venture capital firm will not discuss its exact size, but says it is the largest agricultural fund in Africa. It bought up farmland in South Africa, Zambia, Mozambique, Swaziland and Zimbabwe, growing staples like maize as well as some specialist crops such as tea for sale mainly to local and regional markets.
Murrin hopes to increase the land portfolio some 4 to 5 times over the next two years.
But Emergent's plans go well beyond agriculture.
It aims to launch new funds based on a move towards heightened tensions between emerging and Western powers and ultimately war in the next 10 to 15 years.
In a book "Breaking the Code of History", Murrin outlines his theory of historical cycles that form the heart of Emergent's geopolitical model.
A former oil company geologist, then investment bank emerging market specialist with a long-term interest in military history, he said his thesis was more than just a trading strategy.
"I wrote it because I have children," Murrin said. "I want them to have a future. But if people want to know how you can make money from the ideas in the book, the fund is the way." A declining United States and a swiftly expanding China are heading for a clash, Murrin says: "Make no mistake about it, this will lead to armed conflict."
MULTIPOLAR WORLD
While tradition speaks of the four Horsemen of the Apocalypse -- war, famine, pestilence and plague -- Murrin points to six trends he believes will define the coming decades.
Emergent's new series of funds is designed to take advantage of each of them: the rise of a multipolar world, increased commodity rivalry, increased polarisation and a "move to war", growing military spending, a rising tide of epidemics and climate change.
Investors can choose to invest in either individual funds tailored to each theme or spread their assets across all six. They will open to new investors for the first time at the end of the first quarter, Murrin said.
Unlike Emergent's venture capital agricultural offering, the new funds will be primarily based around liquid traded assets such as stocks and currencies.
The "multipolar world" fund will be hold emerging stocks and currencies and shorting developed Western assets particularly in Europe, which Murrin expects to suffer particularly as a consequence of its debt crisis. The commodity fund will be built around standard commodity market holdings.
The fund designed to benefit from expected growing military spending -- primarily in Asia -- will be built around both Western and emerging defence contractors.
He believes a naval race already underway amongst Asian powers will particularly benefit shipbuilders, and that rapid Chinese advances in both cyber warfare and conventional military technology will quickly negate any existing Western advantage.
Murrin believes empires in decline tend to suffer from more epidemics, and the fund focused on that will buy shares in pharmaceutical companies -- particularly emerging generic producers as Western drug companies appear increasingly vulnerable to having their intellectual property stolen.
Finally, the climate change fund will buy into assets likely to benefit from climate shifts: water projects, carbon trading schemes, new technologies.
Given the global turmoil he outlines, Murrin sees his southern African investments as safe, despite the example of Zimbabwe.
"We are in southern Africa because our geopolitical model tells us it is a safe place," he said. "Further north in Africa is much less so -- in fact it will also see a rise in conflict between the Christian south and Muslim north."