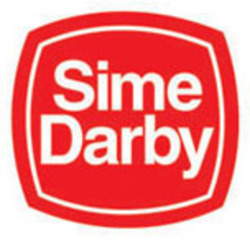 By Earth's Newsdesk, a project of Ecological Internet (EI)

Remaining intact old forests far to valuable to be turned into toxic, oil palm monoculturesRelatively rich countries in Asia and the Middle East, short of food and water at home, have leased or purchased more than 20 million hectares of farmland in Africa and Latin America, equal to 25 percent of Europe's farmland. This global "land grab" by foreign governments and companies is a result of last year's food crisis and a shortage of arable land and water. About one-quarter of these investments are for biofuel plantations [search]. Ecological Internet's current global campaign against Malaysian oil palm plantations in the Amazon rainforests [1] fits within the context of this larger trend.

Malaysia‘s federal land agency will soon break ground on a joint venture with a Brazilian firm to establish 30,000-100,000 hectares of oil palm plantations in the heart of Brazil's Amazon rainforest. Sime Darby, a Malaysian palm oil producer, will invest $800 million for 200,000 hectares (500,000 acres) of palm oil and rubber plantations in Liberia. "It is increasingly difficult to acquire arable plantation land in Asia and thus it is imperative that new frontiers be sought to meet increasing demand," said Ahmad Zubir Murshid, chief executive of Sime Darby. "Sime Darby will also have the first mover advantage over future entrants into Liberia in terms of securing choice land."

"This flood of land grabs by emerging nations, mostly of land under local customary land tenure, is eerily reminiscent of past and ongoing European and U.S. colonial practices," states Dr. Glen Barry, Ecological Internet's President, who is a practicing Political Ecologist and hold a Ph.D. in Land Resources. "We are witnessing the intensification of social turmoil caused by climate change, land and water scarcity, and over-population and inequitable consumption. Until these root causes of global ecosystem collapse are addressed, there is no chance of achieving equitable and just global ecological sustainability."

China leases land in Cuba, Mexico and has extensive holdings in Africa. The huge Korean company Daewoo Logistics Corporation signed a deal to lease 1.3 million hectares in Madagascar to grow maize and oil palm, which caused political conflicts that led to the overthrow of the government in 2009. A group of Gulf States, including Saudi Arabia, holds the largest foreign ownership or control of African farmland in Sudan. Last year, the United Arab Emirates negotiated several farmland deals with Pakistan. Qatar has agricultural land in Indonesia, the Philippines, Bahrain, Kuwait and Burma.

Oil palm development continues to clear some thirty square miles of carbon and biodiversity rich habitat a day to provide cheap cooking oil and transport biodiesel. Oil palm agrofuel is heralded as a climate change mitigation measure, yet the initial rainforest clearance leads to much more carbon release than its production and use avoids. Establishment of toxic, monoculture oil palm plantations in the Brazilian Amazon (almost certainly, eventually to fuel cars in the United States) would be a global ecological tragedy for biodiversity and climate, and a crime against local peoples and humanity.

Large scale biofuel and intensification of industrial agriculture production in general runs counter to urgently addressing climate change and threatens to cause more deforestation, hunger, human rights abuses, and degradation of soil and water. Global ecological sustainability and local well-being depend critically upon ending all industrial development in the world's remaining old forests -- including plantations, logging, mining and dams. Globally there are not enough old forests to maintain climatic and hydrological cycles, meet local forest dwellers' needs, and to maintain ecosystems and the biosphere in total.

Ecological Internet seeks to build an empowered network of global citizens committed to global ecological sustainability and confronting ecocide wherever it occurs. Our Earth Action Network campaigns just as aggressively against European, American and even NGO ecological misconduct. Emerging nations are valid targets for protest as they mimic Western environmental and social errors. We clearly have the Malaysian government's attention as they are hurriedly removing documents from the web regarding their oil palm venture in the Amazon.

"There is little new land being made, and much of what remains must be protected and restored as large, intact ecosystems to maintain climate, water, biodiversity and to keep Earth habitable. Ecological requirements for global sustainability should guide our protest actions and not political correctness. Together our protests have recently stopped such projects in Papua New Guinea and Ivory Coast. Together let's continue speaking ecological truth to power and let people deal with it. First and foremost, local peoples must be assisted globally to resist this new wave of ecological imperialism and to fully protect, restore and benefit from intact, standing old forests," asserts Dr. Barry.

Ecological Internet provides the world's largest and most used climate and environment portals at http://www.climateark.org/ and http://www.ecoearth.info/. Dr. Glen Barry is a leading global spokesperson on behalf of environmental sustainability policy. He frequently conducts interviews on the latest climate, forest and water policy developments and can be reached at: [email protected]