Digital fences: the financial enclosure of farmlands in South America 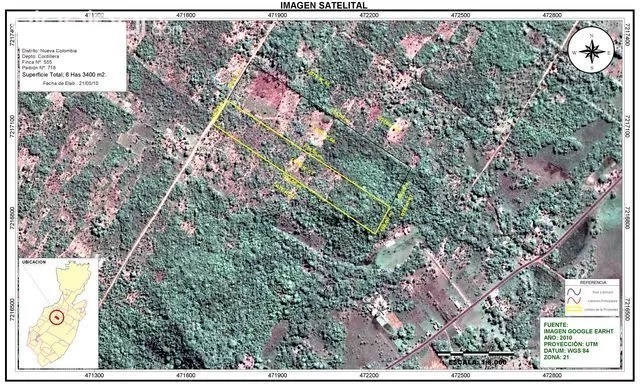 A real financialisation of land, natural resources and the agri-food system is underway throughout South America. In the context of the multiple global crises, the pressure on the control of land and other resources of interest, such as water, at the agricultural frontier has increased considerably, either for productive use or as financial assets. To this end, the digitisation of land governance and the georeferencing technology that supports it are serving to disguise a massive digital land grab.

Georeferencing technology, and the geospatial information it transmits, has become the main criterion for access to a cadastral certificate and land title in the process of land regularisation, or as a means to legalise the historical illegal taking of public lands, even in favour of foreigners, mainly in the priority areas of agro-industrial expansion and investment. Moreover, georeferencing also becomes a requirement for access to other public policies and rural credit in the financial system.

Through these technologies, financed in several cases by international institutions such as the World Bank and with resources to combat climate change, the territories of traditional and indigenous peoples are "erased", and then reappear "legal and green", in the hands of agribusinesses and promoted as "sustainable" within global commodity chains.

This report assesses the land situation and its digitalisation in five areas of agribusiness expansion and investment in South America: the Orinoco or Eastern Plains in Colombia; the Matopiba in the Brazilian Cerrado; and the regions along the Paraná-Paraguay waterway flow route, the Chiquitano dry forest in Bolivia, the Paraguayan Chaco Seco and the Argentinean Chaco.