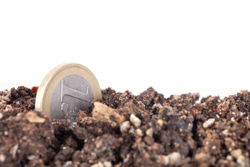 Farmland is an investment focus for the Dutch institution, Asian Investor reports

by Joe Marsh
Europe’s biggest pension fund manager has made a new hire in Hong Kong and will run more assets in the city as it ramps up its regional capabilities.

Dutch pension fund giant APG Asset Management is setting up a team in Hong Kong to run its Asia natural resources portfolio as part of a regional expansion drive, AsianInvestor can reveal.

Europe’s biggest manager of retirement assets, with €505 billion ($564 billion), has hired Ben Avery as a senior portfolio manager and the first appointment to the desk.

He joined from National Australia Bank on Monday (October 21) and reports to Hans-Martin Aerts, head of infrastructure and natural resources for Asia Pacific.

Avery is responsible for originating, structuring and managing private natural resources investments in the region. At NAB he had provided financial advisory services to corporate clients across a range of sectors in Australia, with a specialist focus on agricultural industries.

APG, which runs the €456 billion portfolio of the largest Dutch pension fund ABP, has been an investor in natural resources for many years, said Hong Kong-based Aerts.

It already has an Asia-Pacific portfolio of around $850 million in natural resources in Asia Pacific across six investments, currently managed out of its Amsterdam headquarters.

APG will transfer management of this portfolio to Hong Kong, to further strengthen its sourcing, execution and management capabilities, Aerts told AsianInvestor. “This follows a similar set-up in place for other real assets, such as infrastructure and real estate.

"Having a local presence in the region increases sourcing opportunities for new investments and leads to a more efficient and effective execution of transactions," he said. "It also facilitates closer monitoring and control."

Meanwhile, APG's Asian natural resources portfolio is set to expand further, Aerts added, "primarily with additions of co-investments, joint-ventures and investor-led platforms with a focus on farmland and timberland".

The new desk reflects the institution's accelerating buildup of overall headcount and investments in Asia in recent years, particularly on the private markets side. It is showing a level of commitment to the region that helped it win AsianInvestor’s Institutional Excellence Award for Best International Investor into Asia this year.

In the second quarter of 2019, APG moved to establish a private equity team in Hong Kong by hiring Shirley Ma from US insurer MetLife as a senior portfolio manager. She has since been joined by another individual.

Moreover, APG has added two to its regional private real estate investment team this year to address increased deal flow and complexity, Asia chief Wim Hazeleger told AsianInvestor. It made its first foray into property financing in Asia Pacific, announcing on July 1 a commitment of up to €370 million to Australian commercial real estate debt.

And it is a model growing in popularity globally: consider the ambitions of California State Teachers' Retirement System and The Teacher Retirement System of Texas. They, like many other institutions, are seeking to do more co- and direct investments and build their internal capabilities.