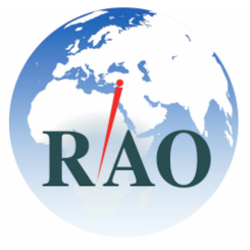 On 18 September 2019, Mombulu Boyama Alphonse was arrested in Yangoma and subsequently detained at Lokutu Police Station following a complaint against him from the General Prosecutor of Tshopo province. The complaint is related to a protest by villagers against Plantation Huilerie du Congo (PHC-FERONIA) in March 2019. The arrest follows an attempted arrest on 15 September 2019, when police officers came to Mombulu Boyoma Alphonse’s property in the middle of the night. On this occasion, the human rights defender evaded the arrest by escaping into the river as the police did not present an official warrant and he thought that it was an attempted kidnapping.
Download the Urgent Appeal
Mombulu Boyoma Alphonse is the traditional chief of the Mwingi community in Tshopo province and a land rights defender. For the past few years, he has monitored and denounced land grabbing and human rights abuses related to the presence of multinational companies in his community and adjacent rural areas. He has worked with the Réseau d’Information et d’Appui aux ONG nationales (Support and Information Network for National Organisations – RIAO-RDC), a network of 256 non-governmental organisations and 333 farmers' associations across different provinces of the Democratic Republic of the Congo. RIAO-RDC has played a prominent role working with communities in rural areas of the DRC to defend land and resource rights.
Mombulu Boyoma Alphonse is currently in custody at the police station in Lokutu. Previously, on the night of the attempted arrest on 15 September 2019, the police fired tear gas into Mombulu Boyoma Alphonse’s palm oil farm where he lives, before attempting to arrest him. He reported that the police officers who tried to arrest him told him that “we will shoot all of the villagers and see if RIAO-RDC will save them”. After being beaten during the attempted arrest, he escaped into the river. The same night, three members of his community were kidnapped by multiple unknown individuals and are still missing.
These incidents were not isolated. On 12 September 2019, human rights defender and community leader Iswetele Eswetele Mokili of Yalipombo and three of his colleagues were arrested in Lokutu by Major Mofanza from the Congolese National Police (Police Nationale congolaise); on this occasion, the police officer was reportedly accompanied by guards from PHC-FERONIA in a Jeep with the company logo, who were recognised by community members. The arrest was made under the mandate of the Kisangani General Prosecutor in Tshopo province. The charges against the human rights defender remain unclear.
RIAO-RDC filed a complaint with the Independent Complaints Mechanism of the German Development Finance Institution DEG and the Dutch Development Bank (FMO). DEG has provided financial backing for PHC-FERONIA ’s activities in the DRC, and is conducting a preliminary review of the complaint filed by RIAO-RDC on 5 November 2018. Since the complaint was filed, communities and international organisations have recorded incidents of intimidation and harassment of community members and human rights defenders. This includes the killing of a member of RIAO-RDC on 15 July 2019. Joël Imbangola was allegedly killed by a security guard who is employed by PHC-FERONIA in the vicinity of the company’s Boteka plantations in Bempumba, Equateur Province. At present, the accused security guard is in custody and the investigation remains pending.
Front Line Defenders is concerned by the attacks against RIAO-DRC staff and the community leaders involved in the complaint with PHC-FERONIA and urges the local governments of Tshopo and Equateur provinces to ensure that these land rights defenders are protected from abuse by police and company representatives.
Original source: Front Line Defenders
TWITTER
FACEBOOK
WHATSAPP
PRINT
E-MAIL
TWITTER
FACEBOOK
WHATSAPP
E-MAIL