Criminalisation of MALOA activists and land conflict in Malen 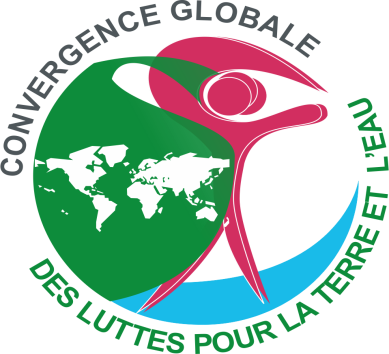 To : His Excellency, Mr Ernest Bai Koroma, President of the Republic of Sierra Leone

Re : Criminalisation of MALOA activists and land conflict in Malen

We, West African farmers, fisherfolk, pastoralists, women and youth movements and civil society organisations, as well as our international partners, are presently gathered for a caravan of the Global convergence of struggles for land and water in West Africa.

On 4 February 2016, six of our brothers, members of the Malen Land Owners and Users Association (MALOA) and community rights defenders in Malen, in the Pujehun district of Sierra Leone, were convicted of conspiracy, incitement and destruction of 40 oil palms belonging to the Socfin Agricultural Company Ltd (SAC). They were sentenced to 5-6 months of prison without parole, or payment of a fine totalling US$ 35,000. Five of them are still languishing in jail.

Since 2011, MALOA activists have been standing up for the rights of the communities of Malen against land grabbing by Socfin. Several times, the activists have been repressed, arrested and locked up by security forces. In October 2013, the six leaders brought the communities together to present, yet again, their grievances to the authorities, only to be stopped by the police. Today, they are charged for crimes they did not commit and for which they did not plead guilty. This is another act of criminalisation of defenders of land and water, and it is unacceptable.

We wish to express, first of all, our solidarity with our imprisoned brothers and with their families. We firmly support their struggle for the Malen communities’ rights to land and water.

We ask of you, President Koroma, to use all means within your power to assure the protection of the 5 MALOA representatives who are still in prison and to put an end to the criminalisation of the MALOA activists in conformity with the United Nations Declaration on Human Rights (Art. 12)[1] reinforced by the Resolution on the Protection of Human Rights Defenders in Africa of the African Commission on Human and Peoples' Rights.[2]

We demand the immediate establishment of a tripartite dialogue between MALOA representatives, Socfin and the authorities. This dialogue must be carried out under the auspices of recognised human rights experts in order to reach a peaceful solution to the land conflict in full respect of the rights of the communities and their free and prior informed consent regarding the future of their resources.

We will be closely monitoring how this situation develops and will continue to offer our support to the communities of Malen.