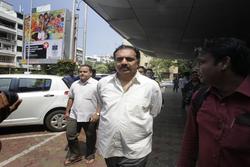 Governments in African countries lease out land at low rates, which makes it attractive to investors

Rajarambapu SSK signed an agreement with the Republic of Mozambique two months ago to lease land to set up a cooperative sugar factory. Patil said the cooperative has been shown two plots of land, one measuring 10,000 hectares (ha) and the other 17,000 ha, for cultivation.

“Our vision is that farming and farm produce will always be important. Our cooperative sugar factories, and we run four of them, are agri-based. We want to expand and this is the path we have chosen,” Patil said.

This is not the first Indian sugar cooperative to explore expansion in Africa.

Vickramsinh Ghatge, chairman of sugar cooperative Chhatrapati Shahu SSK, at Kagal near Kolhapur, had considered a similar offer from the government of Kenya late last year but gave it up.

“Setting up a new unit is a big challenge and if I had been 15 years younger, I might have taken it up. You need a 30- year horizon to take on such a venture. Everything would have to be imported, the equipment and the manpower,” said the 65-year-old Ghatge.

The governments in African countries lease out land at low rates, which makes it attractive to investors. Eastern Africa is relatively more attractive because of its proximity to India and the better law and order situation there, said Rajagopal Devara, principal secretary, cooperation, government of Maharashtra.

“Africa is a more attractive target for mills from western Maharashtra since it is closer, there have been traditional ties as a lot of the existing mills are managed by Maharashtrians, and the climate is not too different,” said Devara.

Yet, Patil, 50, said there are hurdles, even barriers, in the forms of language (Portuguese is the sole official language in Mozambique, a former colony of the European nation), systems and possibly even local opposition. “We expect teething troubles for the next four-five years,” he said.

“Governments in Africa want to encourage agriculture and have been inviting outsiders to come in to farm the land it leases out. We have been looking for an opportunity for the past two years. This offer, from the Mozambique government, is for land on the banks of the river Zambezi, which is well irrigated. We have till August to decide whether we take it forward or not,” Patil said.

Unlike several land-locked African countries, Mozambique has a coastline that will allow for movement of agri produce to global markets.

Residents from Patil’s home town at Islampur in Sangli district, about 190km from Pune, say the sugar cooperative has decided to take on a 37,000 ha land in Mozambique on a 99-year lease. The mill has advertised for managers to function as coordinators.

A majority of the existing sugar mills in eastern Africa already have a significant manpower base drawn from Maharashtra, where expertise in growing sugar cane and its processing are well-established. The Chinese have already done this successfully in Africa—leasing-buying-contracting agricultural land that is tilled by Chinese, perhaps to feed the home country.

Devara said sugar consumption in Africa is rising and these nations are importing the commodity, so it makes sense to set up sugar mills there.

“Raw produce comes from Africa to India for processing and packaging and is then sent back. So it is only a matter of time before the processing capability is created where the raw material grows,” he said.

Members of the Rajarambapu sugar cooperative said the mill has changed its articles of association and by-laws to facilitate this activity. Devara said the mill will have to take permission from the state to set up a plant overseas.

The Maharashtra state government offers guarantees to sugar cooperatives in the state and a senior industry veteran, requesting anonymity, said Patil had sought such a guarantee for the venture. However, the cabinet turned down his request, the industry source said.

Rajarambapu SSK was set up by Patil’s father, also a minister in the state government, in 1969.

The younger Patil expanded the cane crushing capacity of the mill by setting up two more factories, also in Sangli district, and acquired a fourth mill recently. It will go on stream in the sugar season of 2013-14, which starts in October.

Patil, a member of the Nationalist Congress Party and a director on the board of the sugar cooperative at Sangli, had been chairman of the factory for 11 years until 1996.