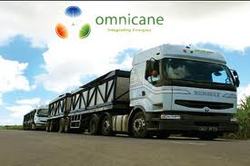 The leading sugar miller in Mauritius, Omnicane, has a 25 per cent share in Kiscol and recently said there were plans of raising the stake to 50 per cent when the factory is commissioned.

Kwale International Sugar Company (Kiscol) is sourcing for Sh200 million for the development of an outgrower programme for farmers who will supply 30 per cent of cane when the company starts operations early next year.

Kiscol has already started negotiations with a number of financiers who have expressed interest to fund the project, said Patrick Chebosi, the manager in charge of outgrowers.

“It costs about Sh15,000 to develop an hectare and with low levels of income in the area, we have had to seek ways of assisting the farmers. We will give them loans to develop their farms and deduct the money when they start supplying us with cane,” he said.

Some of the financial institutions the company was in talks with include Agricultural Finance Corporation (AFC), Kenya Commercial Bank and Co-operative Bank. The Kenya Sugar Board is expected to come on board when the company starts operations, according to Mr Chebosi.

He added: “We are currently supplying seedlings to 60 farmers who own more than 900 hectares and we have signed supply agreements with them. They are planting cane during the current rains so that by February next year when we commission the factory it will be ready for harvest.”

Besides the farmers, the company will initially rely on its 2,400 hectares nuclear farm that will supply 70 per cent of the factory’s 3,000 tonnes a day crashing capacity. This capacity is expected to peak to 5,000 in 2015 when more than 8,000 hectares will have been put under cane.

“Our projection is that by the time the crashing capacity peaks, farmers should be able to provide more than 70 per cent of the raw material,” Mr Chebosi said.

A Participatory Rural Appraisal (PRA) that was carried out by IDM Services in collaboration with the Kenya Private Sector Alliance two years ago identified nearly 10,000 farmers who were willing to support the project.

“This is a traditionally sugar cane farming area since 1932. But after the collapse of Ramisi Sugar Company in 1989, farmers got frustrated and now they see hope in the revival of sugar farming,” said Gachanja Githende, the lead consultant for the PRA project.

He added: “There is great potential but farmers need to be supported with appropriate seed cane, fertiliser and extension services.”

Besides producing sugar, the factory will also incorporate a 30,000-litre ethanol production plant and a power plant with a capacity to produce 18 megawatts of electricity.

Production of sugar at the Coast has attracted international interest, with a leading miller in Mauritius, Omnicane, acquiring a 25 per cent share in Kiscol. Omnicane recently said there were plans of raising the stake to 50 per cent when the factory is commissioned.