Critical reflection on ‘land grabbing’ in fragile and conflict-affected contexts 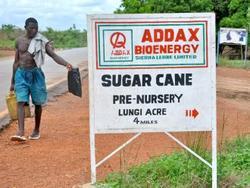 Large-scale land acquisitions are a reality in most regions worldwide. Vast areas of land are leased to foreign as well as national investors on a long term basis of 30-99 years. A growing number of reports, referring to this practice as ‘land grabbing’, show that these mostly very intransparent deals tend to go along with corruption, forced evictions and other human rights violations as well as enhanced competition over water. The challenges associated to the large scale land acquisitions are even heightened in conflict-prone regions, where property of and access to land and water often are among the key dividing issues.

Swiss organizations in development and peace promotion are facing various negative impacts of land acquisitions in their projects. Powerful economic and political interests reshape patterns of water and land management in regions where land acquisitions take place. Local land users in different project areas are pressured or forced to give up the land they are cultivating and living on. The organizations themselves and their local partner institutions face various threats when engaging in advocacy work on the issue.

This roundtable on conflict sensitive water and land management assembled representatives of Swiss civil society and state agencies. They debated the implications of land acquisition on their work as well as their responses. The event featured the two country cases of Ethiopia and Cambodia, where negative consequences of land acquisitions on development and social peace are particularly prevalent. Moreover, the participants discussed to what extent the newly developed FAO Voluntary Guidelines on the Responsible Governance of Tenure of Land, Fisheries and Forests (hereafter: FAO VG on Tenure) are a useful tool to confront the negative consequences of land acquisitions in these and other country contexts.

This report picks out some of the main issues discussed at the roundtable, adds some further thoughts of the authors and refers to a limited number of additional sources. The first section looks at the two most prominent ways in which adverse effects of land acquisitions are addressed: support-ing land titling processes and advocacy. The second session reflects the debates on the potential of the FAO VG on Tenure as a tool to fostering sus-tainable land and water management.